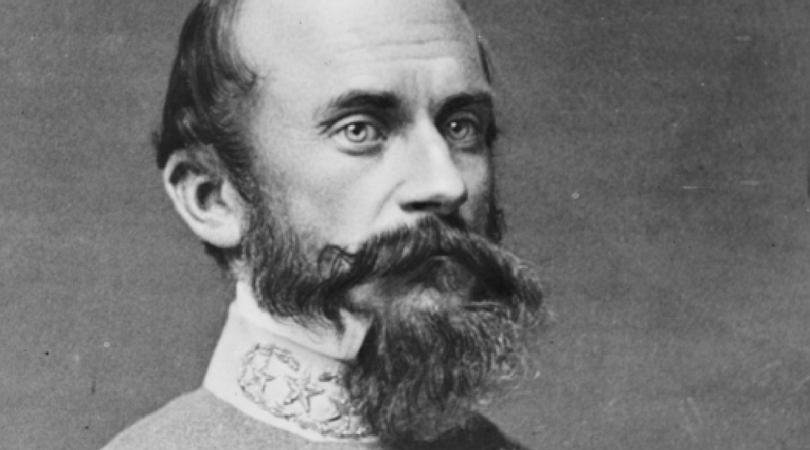 As Stonewall Jackson’s successor, the gallant Richard S. Ewell proved to be a disappointment and the argument as to why is still around today. Some claim it was the loss of a leg, others that it was the influence of the “Widow Brown” who he married during his recovery. But the fact of the matter is that he was ill-prepared by Jackson for the loose style of command practiced by Lee.

A West Pointer (1840) and veteran of two decades as a company officer, he never quite made the adjustment to commanding large-scale units. He once went out foraging for his division and returned-with a single steer-as if he was still commanding a company of dragoons.

After serving at lst Bull Run he commanded a division under Jackson in the Shenandoah Valley Campaign where he complained bitterly about being left in the dark about plans. Jackson’s style of leadership was to prove the undoing of Ewell once Jackson was gone. Ewell fought through the Seven Days and at Cedar Mountain before being severely wounded and losing a leg at Groveton, in the beginning of the battle of 2nd Bull Run. After a long recovery, he returned to duty in May 1863 and was promoted to command part of Jackson’s old corps. At 2nd Winchester he won a stunning victory and for a moment it looked like a second Stonewall had come. However, at Gettysburg he failed to take advantage of the situation on the evening of the first day when given discretionary orders by Lee.

He required exact instructions, unlike his predecessor. After serving through the fall campaigns he fought at the Wilderness where the same problem developed. At Spotsylvania one of his divisions was all but destroyed. After the actions along the North Anna he was forced to temporarily relinquish command due to illness but Lee made it permanent. He was given command in Richmond and was captured at Sayler’s Creek on April 6, 1865, during the retreat to Appomattox. After his release from Fort Warren in July “Old Baldy” retired to a farm near Spring Hill, Tennessee, where he died on January 25, 1872. He is buried in the Old City Cemetery, Nashville, Tennessee.