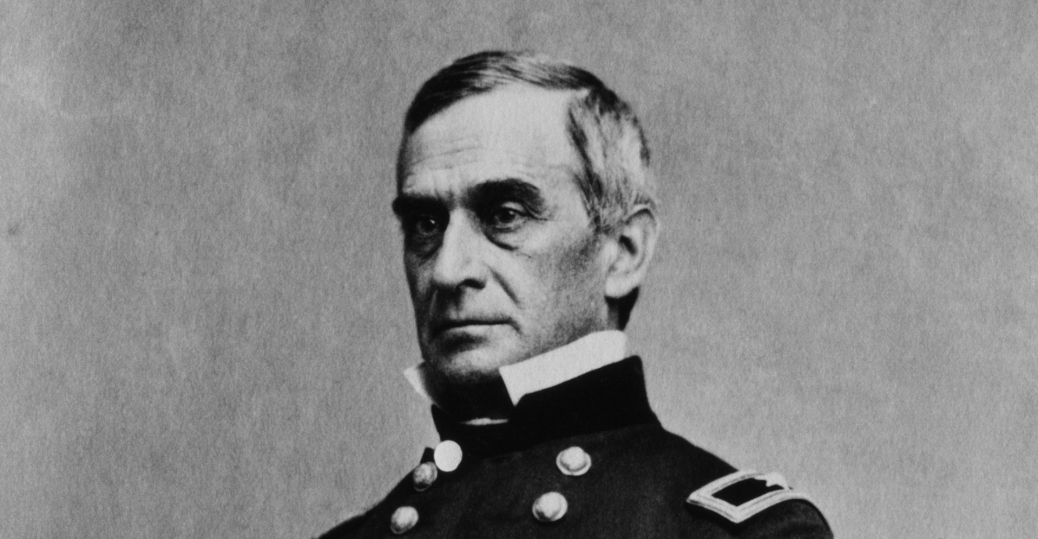 A pro-slavery Kentuckian but absolutely loyal to the Union, Robert Anderson was considered an ideal choice for commander in Charleston Harbor during the 1860 secession crisis. Having graduated from West Point (1825), he had risen to major, 1st Artillery, by the time of his assignment on November 15,1860.

Given little assistance by the Buchanan Administration, Anderson was greatly perturbed by having to choose between war and peace. He took matters into his own hands on December 26, following the secession of the state six days earlier, when he moved his two-company garrison from barely defensible Fort Moultrie to unfinished Fort Sumter in the middle of the harbor.

After the unannounced relief ship Star Ofthe West was fired upon by Carolinian gunners on January 9, 1861, Anderson, not wishing to start a war, withheld his fire. Later, after he had turned down an April surrender demand, Anderson was forced to return fire when the fort was bombarded on April 12-13. Forced to surrender, Anderson returned to the North with a sense of failure in not having prevented the war.

When his health began to fail, he was relieved of field command and given duties at various posts in the North. He was retired from the regular army on October 27, 1863, and brevetted major general for Fort Sumter. After the recapture of Charleston, Anderson took part in a ceremony in which he reraised the same flag he had lowered exactly four years earlier.