The “Richmond Howitzers” were partially manned by black militiamen. They saw action at 1st Manassas (aka 1st Battle of Bull Run) where they operated battery no. 2. In addition two black “regiments,” one free and one slave, participated in the battle on behalf of the South. “Many colored people were killed in the action,” recorded John Parker, a former slave.

At least one Black Confederate was a non-commissioned officer. James Washington, Co. D 35th Texas Cavalry, Confederate States Army, became it’s 3rd Sergeant. Higher ranking black commissioned officers served in militia units, but this was on the State militia level (Louisiana) and not in the regular C.S. Army.
Free black musicians, cooks, soldiers and teamsters earned the same pay as white confederate privates. This was not the case in the Union army where blacks did not receive equal pay. At the Confederate Buffalo Forge in Rockbridge County, Virginia, skilled black workers “earned on average three times the wages of white Confederate soldiers and more than most Confederate army officers” ($350- $600 a year).
Dr. Lewis Steiner, Chief Inspector of the United States Sanitary Commission while observing Gen. “Stonewall” Jackson’s occupation of Frederick, Maryland, in 1862: “Over 3,000 Negroes must be included in this number [Confederate troops]. These were clad in all kinds of uniforms, not only in cast-off or captured United States uniforms, but in coats with Southern buttons, State buttons, etc. These were shabby but not shabbier or seedier than those worn by white men in the rebel ranks. Most of the Negroes had arms, rifles, muskets, sabers, bowie knives, dirks, etc…..and were manifestly an integral portion of the Southern Confederate Army.”
Frederick Douglas reported, “There are at the present moment many colored men in the Confederate Army doing duty not only as cooks, servants, and laborers, but real soldiers, having musket on their shoulders, and bullets in their pockets, ready to shoot down any loyal troops and do all that soldiers may do to destroy the Federal government and build up that of the rebels.”
Black and white militiamen returned heavy fire on Union troops at the Battle of Griswoldsville (near Macon, GA). Approximately 600 boys and elderly men were killed in this skirmish. In 1864, President Jefferson Davis approved a plan that proposed the emancipation of slaves, in return for the official recognition of the Confederacy by Britain and France. France showed interest but Britain refused.
The Jackson Battalion included two companies of black soldiers. They saw combat at Petersburg under Col. Shipp. “My men acted with the utmost promptness and goodwill…Allow me to state sir that they behaved in an extraordinary acceptable manner.”
Recently the National Park Service, with a recent discovery, recognized that blacks were asked to help defend the city of Petersburg, Virginia, and were offered their freedom if they did so. Regardless of their official classification, black Americans performed support functions that in today’s army many would be classified as official military service. The successes of white Confederate troops in battle could only have been achieved with the support of these loyal black Southerners.
Confederate General John B. Gordon (Army of Northern Virginia) reported that all of his troops were in favor of Colored troops and that its adoption would have “greatly encouraged the army”. Gen. Lee was anxious to receive the regiments of black soldiers. The Richmond Sentinel reported on 24 March 1864, “None will deny that our servants are more worthy of respect than the motley hordes which come against us.” “Bad faith [to black Confederates] must be avoided as an indelible dishonor.”
In March 1865, Judah P. Benjamin, Confederate Secretary Of State, promised freedom for blacks who served from the State of Virginia. Authority for this was finally received from the State of Virginia and on April 1st 1865, $100 bounties were offered to black soldiers. Benjamin exclaimed, “Let us say to every Negro who wants to go into the ranks, go and fight, and you are free Fight for your masters and you shall have your freedom.” Confederate Officers were ordered to treat them humanely and protect them from “injustice and oppression”.
A quota was set for 300,000 black soldiers for the Confederate States Colored Troops. 83% of Richmond’s male slave population volunteered for duty. A special ball was held in Richmond to raise money for uniforms for these men. Before Richmond fell, black Confederates in gray uniforms drilled in the streets. Due to the war ending, it is believed only companies or squads of these troops ever saw any action. Many more black soldiers fought for the North, but that difference was simply a difference because the North instituted this progressive policy more sooner than the more conservative South. Black soldiers from both sides received discrimination from whites who opposed the concept.
Union General U. S. Grant in Feb 1865 ordered the capture of “all the Negro men before the enemy can put them in their ranks.” Frederick Douglass warned Lincoln that unless slaves were guaranteed freedom (those in Union-controlled areas were still slaves) and land bounties, “they would take up arms for the rebels.”
On April 4, 1865, (Amelia County, VA) a Confederate supply train was exclusively manned and guarded by black Infantry. When attacked by Federal Cavalry, they stood their ground and fought off the charge, but on the second charge, they were overwhelmed. These soldiers are believed to be from “Major Turner’s” 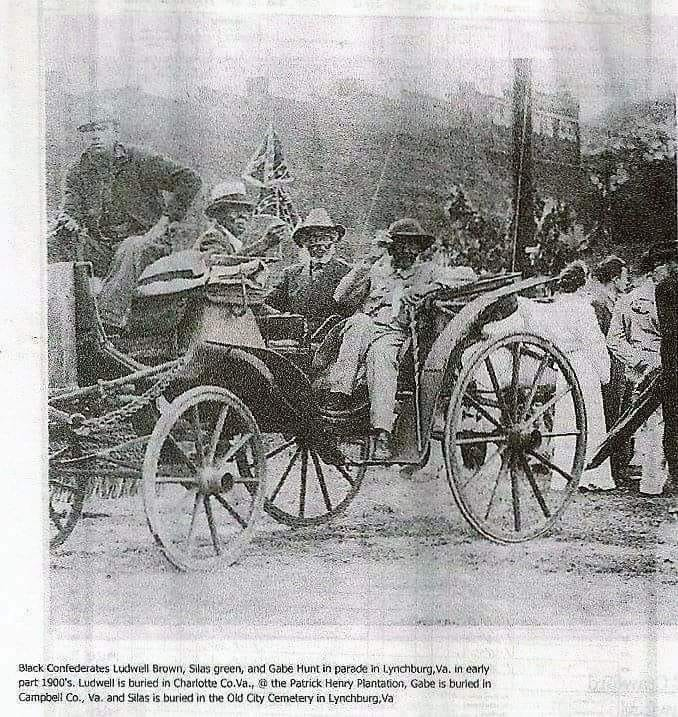 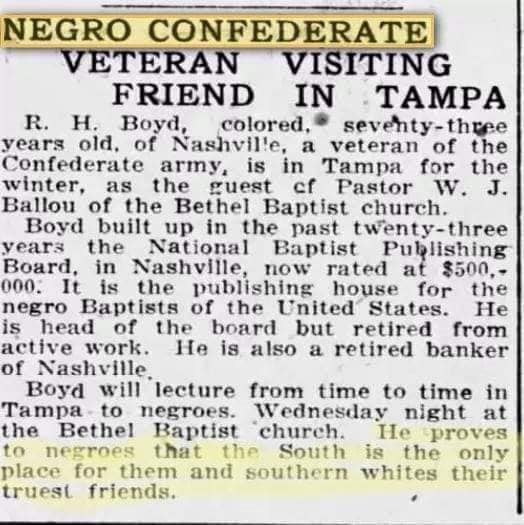 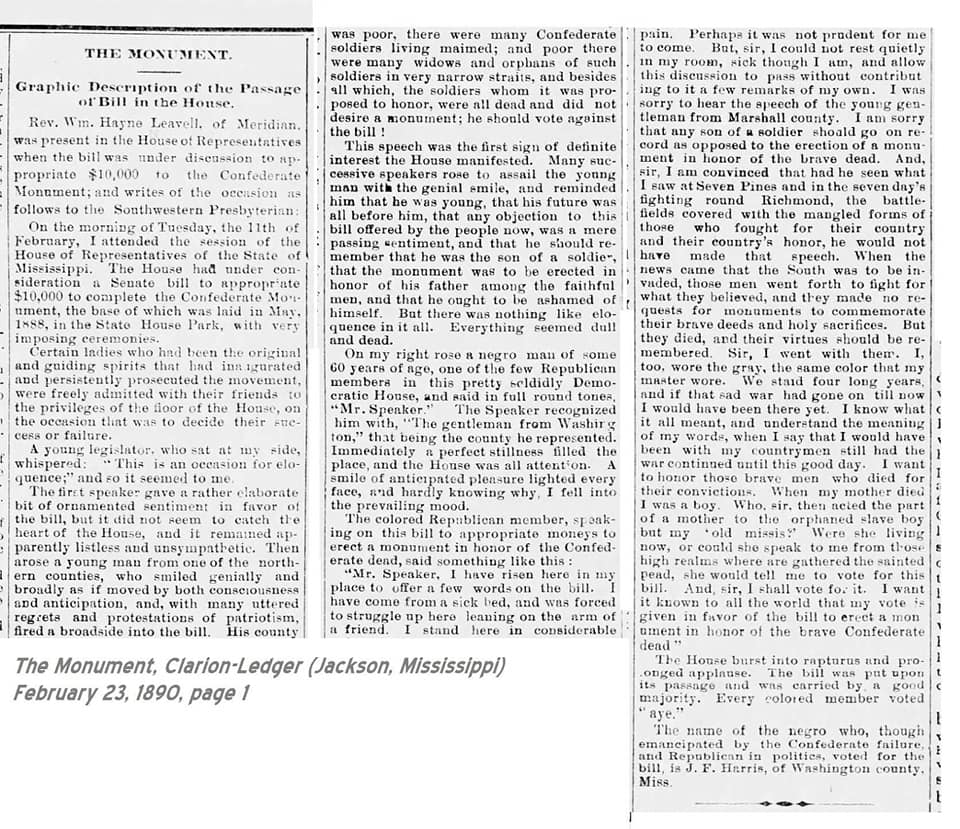 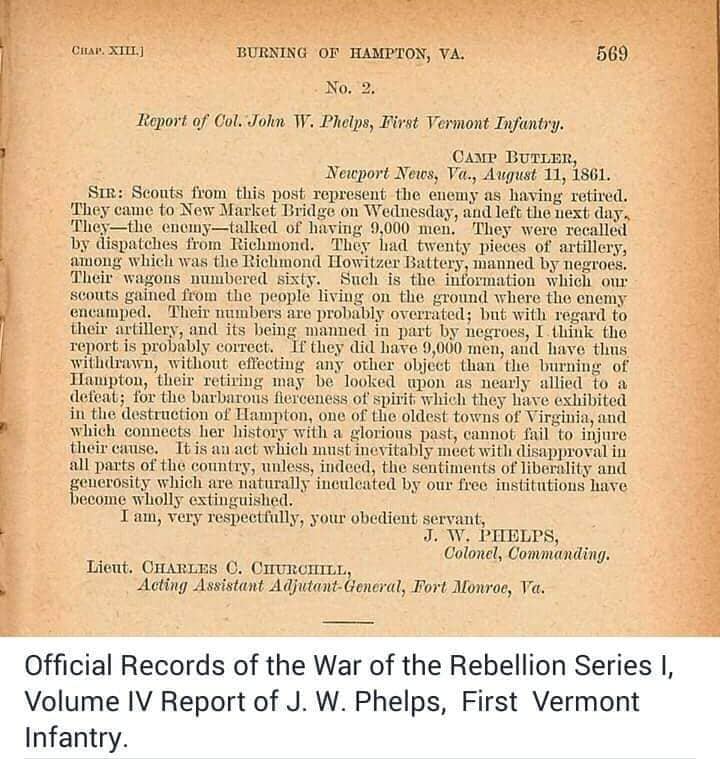