Daniel Smith Donelson (June 23, 1801 – April 17, 1863) was a Tennessee politician and soldier. The historic river port of Fort Donelson was named for him as a Brigadier in the Tennessee militia, early in the American Civil War, in which he went on to serve as a Confederate general, notably at Perryville and Stones River. He was the nephew of America’s seventh president, Andrew Jackson. 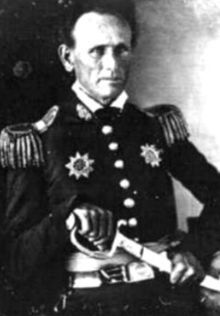 Donelson was born in Sumner County, Tennessee, one of the three sons of Samuel and Mary “Polly” Smith Donelson. Donelson’s father died when Donelson was about five. When his mother remarried, Donelson moved to The Hermitage, the home of his aunt, Rachel Donelson Jackson, and her husband, future President of the United States Andrew Jackson. Rachel and Andrew Jackson adopted Donelson and his two brothers. His older brother, Andrew Jackson Donelson, was the private secretary to Jackson during his presidency and a vice presidential candidate in his own right. Donelson’s paternal grandfather was Colonel John Donelson, a frontiersman, and founder of Nashville, Tennessee, and his maternal grandfather, Colonel Daniel Smith, was a Revolutionary War officer, an early leader in middle Tennessee, and one of Tennessee’s first U.S. Senators.

In 1821, Donelson entered West Point, and graduated in 1825, becoming a United States Army officer. He resigned his commission only half a year later, on January 22, 1826, to become a planter in Sumner County. He was also a member of the militia in Tennessee, starting as a brigade major in 1827 and being promoted to brigadier general in 1829.

In 1834, Donelson resigned his commission in the Tennessee militia and moved to Florida, again working as a planter until 1836. His stay there was brief, however, and he moved back to Tennessee two years later, still a planter. In 1841, Donelson became a member of the Tennessee House of Representatives. He left after one two-year term in 1841–1843, but returned 12 years later, in 1855, serving in 1855–1861 and this time rising to the office of Speaker for 1859-1861.

Donelson and his wife Margaret had 10 children born between 1834 and 1854: Mary, Sarah, Emily, Rebecca, Samuel, Martha, James, Susan, John B., and Daniel. They resided first at the Daniel Smith Donelson House and later at Hazel Path, both located in Hendersonville, Tennessee. 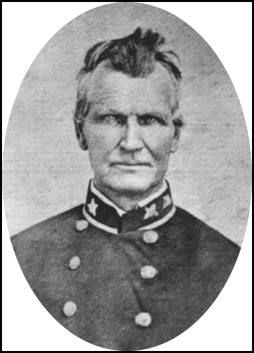 With the outbreak of the Civil War in 1861, Donelson volunteered again for the Tennessee militia, leaving behind both of his careers as a planter and as Speaker of the Tennessee House of Representatives. He was returned to his previous rank of brigadier general in the militia and that May approved the locations of Fort Henry and Fort Donelson, the latter named in his honor. (Fort Henry would turn out to be a disastrous choice, being almost flooded and easily captured by Grant). After Tennessee joined the Confederacy, he became a brigadier general in the Confederate Army on July 9, 1861. In the following two years, Donelson was active in several campaigns, including Robert E. Lee’s Western Virginia Campaign of 1861, leading the initial assault at the Battle of Perryville, and fighting at the Battle of Stones River. He was then transferred briefly to South Carolina to help defend Charleston and the inner coastal region. Afterward, he eventually rose to command of the Department of East Tennessee.

Donelson was promoted to major general on March 5, 1863 (to rank from January 17); his confirmation by the Confederate Senate on April 22 happened prior to its knowledge of his death, which had occurred a week earlier. He died of chronic diarrhea at the mineral water resort Montvale Springs, near Knoxville, Tennessee. He was buried in the Presbyterian Cemetery in Hendersonville, Tennessee