Skip to content
Facebook Twitter Reddit
‘Belle of the Battlefield’
Lucinda Dogan and six of her children lived in a two-room home in Manassas, where, on July 21, 1861, the First Battle of Manassas raged just down the road. Lucinda loaded a wagon with casks of water and food and had it driven to the battlefield with orders that the provisions be distributed to soldiers in need, regardless of the uniform they wore. Her kindness earned her the nickname “Belle of the Battlefield.” After the Second Battle of Manassas in August of 1862, Lucinda went out with her children to take care of the wounded and dying men. She later remembered: “When the children and I got home parties of men were collecting the wounded and putting them in rows here in the yard and wherever there was shade. Doctors were cutting off legs and arms and the moaning was awful. There were hundreds of [wounded men] all around the farms. The children and I took buckets of water out into the fields and we worked that day and into the night, doing what we could for the poor fellows. Most of the [men] on our farm were Yankees but that didn’t make any difference to us after they got hurt. All of our bed sheeting and table linen went for bandages.” After the war, Lucinda was recognized by veterans of both armies as a ministering angel on the battlefield. She was an integral part of reunions held each year at Manassas, and invited to the dedication of three New York monuments on the field in October 1906. 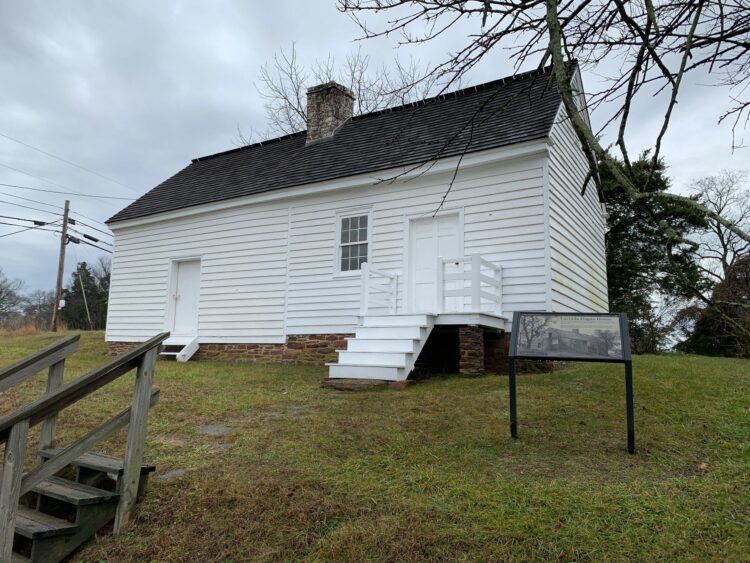 The Lucinda Dogan House is one of only three Civil War era houses that still stand within Manassas National Battlefield Park. It stands today at the intersection of Featherbed Lane and Lee Highway. 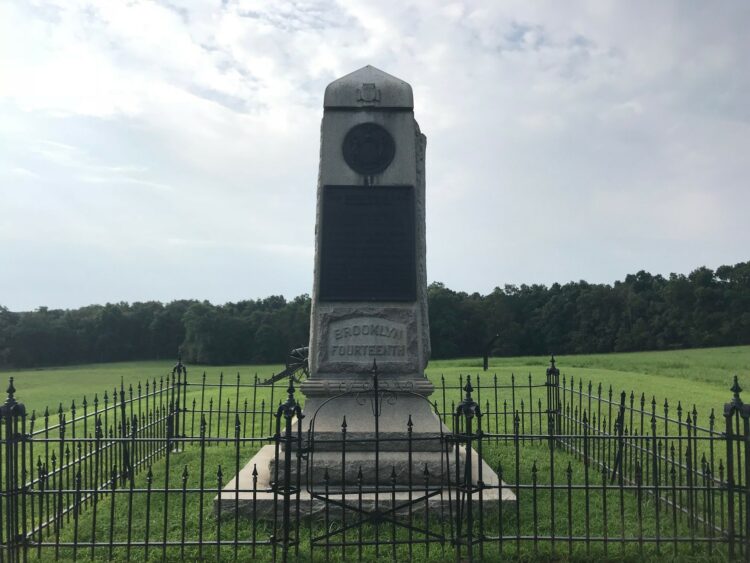 “Old Mrs. Lucinda Dogan, who was in the house during the battles of both first and second Bull Run, now 89 years of age, white haired and wrinkled, was cheerful and communicative, her mental faculties apparently all unimpaired. Displaying a wonderful memory of incidents of those terrible times, this … lovely old lady chatted familiarly with General McLeer, with Commissioner Rankin and the writer of this narrative, who had been pleasantly presented to her by Mrs. DeMaine, one of the Daughters [UDC] comparing recollections with them.”