Skip to content
Facebook Twitter Reddit
African-American Men Burned at the Stake in New York
In England, burning had been used to punish rebellious women, peasants and poor people, demonizing the most oppressed people in European society. Carol Karlsen makes the point that characteristics of the witch were projected onto black and poor white women, seen as being “seductive, sexually uncontrolled, and threatening to the social and moral order.” [Karlsen, 257]
North American colonial society carried over the cultural baggage of a worldview equating blackness with evil, and projected it upon enslaved Africans. New Jersey records show that Blacks were not considered christians: a bounty on wolves offered “ten shillings to Negroes and Indians and twice that sum to ‘Christian killers’.” [Matthiessen, Wildlife in America, Viking, 1988]
Anglo-American slaveholders imposed an intense cultural suppression on Africans, far greater than in Caribbean and South American slave states. In the English colonies, whites greatly outnumbered Blacks, who were often separated from each other. Also, Catholicism was relatively tolerant of syncretism of African deities with its saints. Protestant colonials brooked no sacred images, no dancing, and they outlawed the drums.
What many people don’t know is that burning at the stake, a European punishment for witches, heretics, and Jews, persisted amidst the institutional violence used to perpetuate chattel slavery. In 1741, thirteen African-Americans men were burned at the stake in New York City, and another seventeen hanged, on charges of planning a revolt against slavery.
In 1741, New York City burned thirteen African-American men at the stake on charges of planning a slave revolt. Seventeen more were hanged. Slaveholders sold away many others to countries ranging from Canada to Portugal to the Caribbean islands.
Some historians think that this “Great Negro Plot” was a white fiction, a frame-up designed to repress the sizeable black minority, including free people of color, living in New York. But most hold that resistance was part of the picture. African-Americans revolted against slavery in many instances, including in New York in 1712. The largest African uprising ever within British colonies, the Stono Rebellion in South Carolina, had blazed up in 1739, only two years before these burnings.
The whole thing started during a hard winter, hard economic times. White fears of slave rebellions, pumped further by depleted troop levels due to the war with Spain, had already caused officials to place severe limits on Black assembly and movement. Elite whites were nervous about association of poor whites with enslaved and free Africans, at places like John Hughson’s tavern. They arrested him for trafficking in stolen goods, along with the enslaved Caesar and Prince.
In the trial, they pressured an indentured teen, Mary Burton, to testify against them. Suspicious fires began to break out, and now the judges leaned on Burton to explain them. They got her to say that Blacks and poor whites had conspired to burn down the town, and after being threatened with jail, to name Caesar, Prince and Cuffie as the instigators, and to say that Hughson and his wife had agreed to help them. She also named a Newfoundland Irish woman, Peggy Kerry, whose Black lover paid for her housing and fathered her child.
The judge condemned Caesar and Prince to death. A response came the next day, when seven barns burned down. Two Black men charged with the arson were immediately burned at the stake. The Hughsons were convicted, and Peggy and some imprisoned Blacks also “talked,” under conditions that can only be imagined. All were condemned and hanged. The streak of fires continued, and city officials swung into intense repressive action, with more trials and executions. Forced testimony swept more African-Americans into the jails, until they would hold no more, with half the Black male population under arrest.
A contemporary letter of protest from Massachusetts to the city fathers of New York had compared this “making bonfires of the Negroes” to the Salem hunts, in which many people “confessed” to escape torture and gain more time to live. [Africans in America, PBS, 1998] As in witch-hunt trials, the net kept widening, taking in Black Spanish sailors and a white tutor suspected of being Catholic. As in witch trials, Burton’s testimony began to implicate members of the white elite, which at last cast doubts on her veracity. Those who remained in jail were set free.
But there were other casualities of the craze; some of the accused African-Americans were sold off to Madeira, Haiti, Curacao, Portugal, and Newfoundland. [Davis, Th, ix, 114-5, 225, and passim]
Nor was this the only instance where colonial officials burned African insurgents at the stake. The Guinean François Makandal escaped from slavery and started an uprising in Haiti. His band raided the plantations until he was captured in 1758. He was burned at the stake in front of the Cape Haitien cathedral. [Nelly Schmidt, “The Long Road to Abolition,” Unesco Courier, Oct. 1994]
Burning continued to play a role in the repertoire of terror used to subjugate people of African descent. Though most people think of Reconstruction-era lynchings only in terms of hanging, burning and torture were standard fare in the campaign to terrorize African-American people. Susie King Taylor, an African liberation activist in this period, testified to the frequency of these atrocities 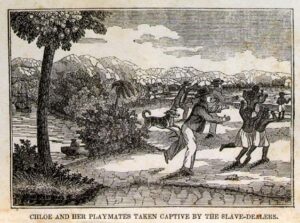 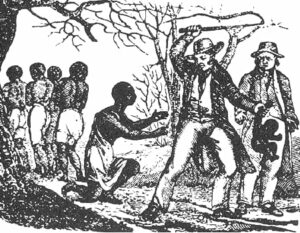