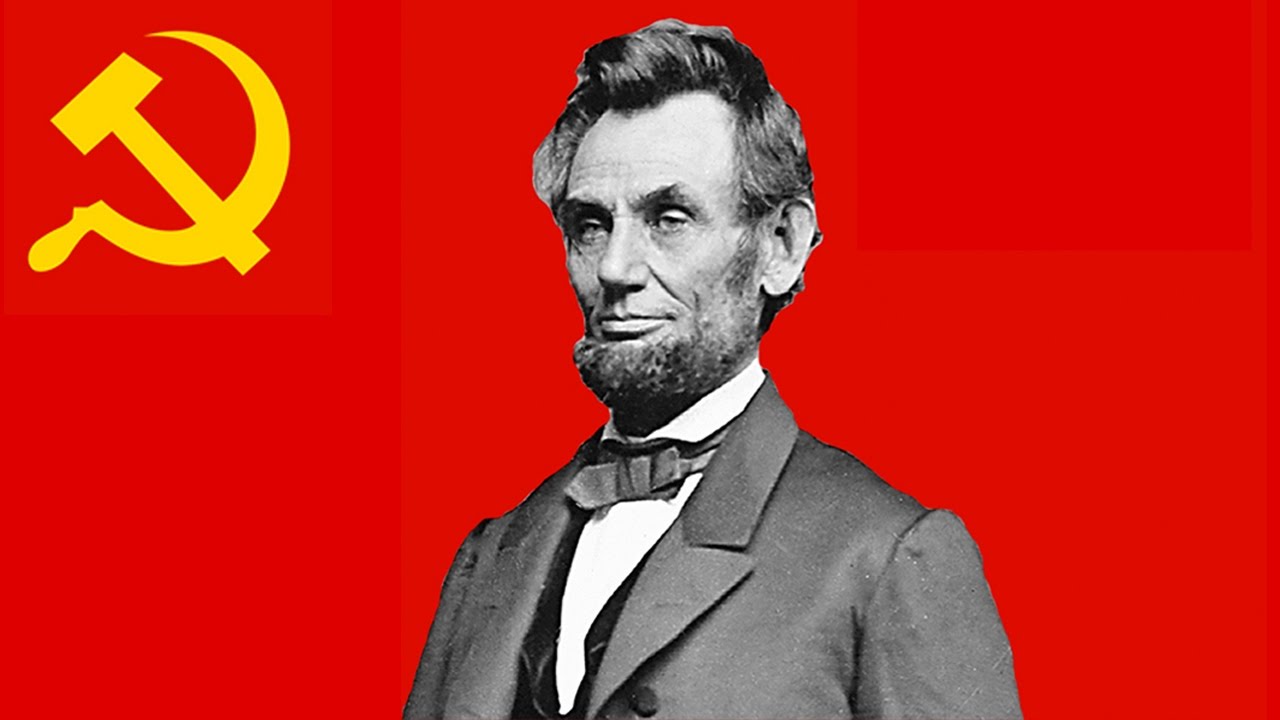 After the failed socialist revolutions of 1848 which encompassed most of the European continent, many German, English, Hungarian, Bavarian, etc. atheistic socialists flocked to the United States having been banned from their homelands for treason. Ironically just about all of them wound up in the North (for a number of factors including an already strong progressive movement brought on by Transcendentalists and Unitarians) as ardent supporters of the Republican party. During the first GOP convention, one of the main objectives of the Forty-Eighters was to assure that “Puritans and native-born Americans” would not control the party.

The Germans, being the largest of the immigrant groups, contributed the greatest to Lincoln’s election. Frederick Engels (Marx’s brother in arms) pointed out, “had it not been for the experienced soldiers who had entered America after the European revolution — especially from Germany — the organization of the Union army would have taken still longer than it did.” The first GOP convention included 19 German -American delegates, most of whom were Forty-Eighters some of whom were personal friends of Marx and Engels. In fact, the GOP platform included protection of voting rights for foreign-born citizens and promotion of the Homestead Act under the nickname of the “Dutch” (i.e. German) planks. Lincoln valued the German vote so much that he even secretly purchased a German newspaper, the Illinois Staats Anzieger before his election. In fact, just about every, if not all, of the German communist participants were at some point journalists for German newspapers in the U.S.. It was the “default” vocation for exiled socialists.

When we turn our attention to the Non-German socialists the connection between the Republican government and socialism becomes even more clear. It is thought that Lincoln himself offered Giuseppe Garibaldi, the Italian leader of socialism against the Pope the position of commander of Union forces, a position Garibaldi declined upon Lincoln’s refusal to reframe the war as being “anti-slavery.”

Two of the members of John Brown’s gang were Forty-Eighters (from Bavaria and Vienna).

Frederick Hassaurek from Vienna edited a German newspaper in Cincinnati, campaigned for John Fremont (the first Republican candidate for president), and became a diplomat to Ecuador under Lincoln.

Julius Staul, a Hungarian revolutionary, became the US consul to Japan and Shanghai after serving under Fremont in the Union Army as a General. Fremont’s chief of staff was Alexander Asboth, also from Hungary. He went on to become a U.S. diplomat to Argentina. In fact, Fremont (the famous explorer, GOP presidential candidate, and general) is so connected with socialism judging from the men he surrounded himself with, most of whom are not included in this review, that it leaves little doubt that he himself was a socialist.

The commander of Fort Delaware (a notorious Union prison camp in which captured Confederates were tortured and killed) was Hungarian revolutionary Albin Francisco Schoepf.

Thomas Francis Meagher was an influential Irishmen who helped substantially in the raising and commanding New York’s Irish Brigade. He was also a journalist, lecturer, and not to mention a convicted criminal having been first deported to Australia (penal colony) by Great Britain.

Lorez Brentano, another Forty-Eighter became a senator from Illinois and served as a U.S. ambassador to Dresden.

Many of the early republican socialist leaders weren’t foreign at all. John C. Fremont was the first Republican presidential candidate, Senator John Sherman was General William T. Sherman’s brother, General Sherman himself was on a list of “approved communists”, Charles A. Dana who was according to Lincoln the “eyes of the administration” was Assistant Secretary of War and a very close friend of Marx and Engels. Horace Greeley, a committed communist, hired Dana as an editor for his paper The New York Tribune, and included Karl Marx as a columnist. If we broadened our margins to include Unitarian, Transcendentalist, and other Utopian humanists supporters of the Union we would have a very large list of influential socialists indeed.