Creek Indians, members of a noted confederacy whose domain extended from the Atlantic westward to the high lands which separate the waters of the Alabama and Tombigbee rivers, including a greater portion of the States of Alabama and Georgia and the whole of Florida. It was with the people of this confederacy that Oglethorpe held his first interview with the natives on the site of Savannah. They called themselves Muscogees, but, the domain abounding in creeks, it was called the Creek country by the Europeans. Evidently the kindred in origin and language of the Chickasaws and Choctaws, they claimed to have sprung from the earth, emigrated from the Northwest, and reached Florida, when they fell back to the more fertile regions of the Ocmulgee, Coosa, and Tallapoosa rivers. Some of them remained in Florida, and these became the Seminoles of a later period. De Soto penetrated their country as early as 1540, and twenty years later De Luna formed an alliance with the tribe of the Coosas. When the Carolinas and Louisiana began to be settled by the English, Spaniards, and French, they all courted the Creek nation. The English won the Lower Creeks, the French the Upper Creeks, while the Spaniards, through their presents, gained an influence over a portion of them. In 1710 some of these (the Cowetas) made war on the Carolinas, and were petted by the Spaniards at St. Augustine, but in 1718 they joined the French, who built a fort at Mobile. In 1732 eight Creek tribes made a treaty with Oglethorpe at Savannah; and in 1739 he made a treaty with the Cowetas, and they joined him in his expedition against St. Augustine. 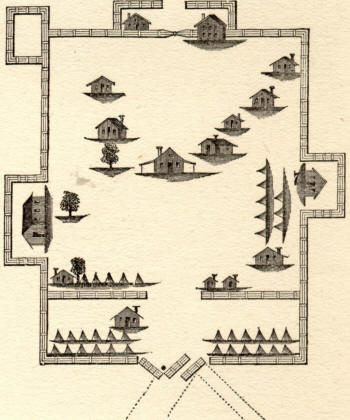 When the French power in North America was overthrown, the entire Creek nation became subject to English influence. At that time they had fifty towns, and numbered nearly 6,000 warriors. They were the allies of the British during the American Revolution. Many Tories fled to the Creek towns from the Carolinas and Georgia at the close of the war, and excited the Indians to ravage the frontiers of those States. A peace was concluded with the Creeks by Washington in 1790; yet some of them joined the Cherokees in incursions into Tennessee in 1792. Another treaty was made in 1796, and in 1802 they began to cede lands in the United States. But when the War of 1812 broke out they joined their old friends, the English; and by an awful massacre at Fort Mims, in August, 1813, they aroused the Western people to vengeance. Troops led by General Jackson and others entered the Creek country; and in 1813 they ravaged the finest portion of it, destroyed the towns, slew or captured 2,000 Creek warriors, thoroughly subdued them, and, in fact, destroyed the nation. Their last stand against the United States troops was made at Horseshoe Bend in March, 1814. Some of them had already settled in Louisiana, and finally in Texas, where they remained until 1872, when the government took steps to reunite the nation in the Indian Territory. They had ceded all their lands east of the Mississippi. With those who had removed there was trouble at times. Some favored removal west of the Mississippi; others opposed it. In 1825 they put one of their chiefs (William McIntosh) to death for signing a treaty for the cession of lands. 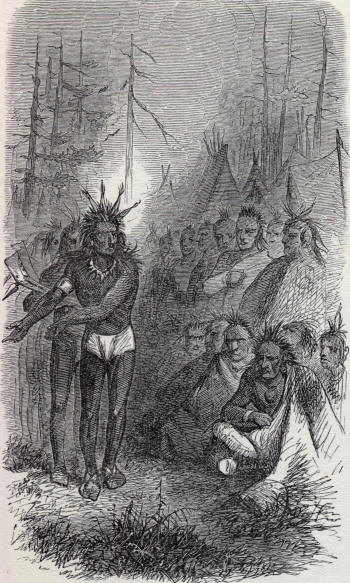 In 1836 some of the Creeks joined their kindred, the Seminoles, in Florida in attacks upon the white people, and others joined the United States troops against them (the SEMINOLE WAR). They were finally nearly all removed beyond the Mississippi, where they numbered about 25,000 in 1876. Unsuccessful attempts to Christianize them were made. They refused missions and schools for a long time. Their nation declined, and in 1857 numbered less than 15,000. During the Civil War the tribe was divided in sentiment, 6,000 of them joining the Confederates. Their alliance with the Confederates was disastrous to their nation. In 1866 they ceded 3,000,000 acres of their domain in the Indian Territory to the United States for 30 cents an acre. In 1899 there were 14,771 Creeks at the Union agency in Indian Territory.

The men of the Creek Confederacy were well-proportioned, active, and graceful; the women were smaller, exquisitely formed, and some of them were very beautiful. In summer both sexes went without clothing, excepting a drapery of Spanish moss that was fastened at the waist and fell to the thighs. The principal people painted their faces and bodies in fanciful colors, and fops sometimes appeared in beautiful mantles of feathers or deer-skins, and on their heads were lofty plumes of the eagle and the flamingo. The houses of the chiefs stood upon mounds, sometimes in the form of a great pavilion, and the inside of their winter dwellings were daubed with clay. Hunting, fishing, and cultivating their fertile lands were their employment for they seldom made aggressive war. They were skilful artisans in making arms, houses, barges, canoes, and various ornaments. They made pottery for kitchen service, and some of it was very ornamental. Fortifications were constructed with moats, and walled towns and grand and beautiful temples abounded.

They made mats of split cane, with which they covered their houses and upon which they sat. These resembled the rush carpeting of the Moors. In their temples, dedicated to the worship of the sun, were votive offerings of pearls and rich furs. They regarded the sun as the superior deity, and in all their invocations they appealed to it as to God. To it they made sacrifices of grain and animals. The chief, while he was alive, was held in the greatest veneration as priest and king. As a symbol of devotion to him of the entire strength of the nation, the sacrifice of the first-born male child was required, while the young mother was compelled to witness the slaughter of her child. Their marriages were attended with great displays of ornaments and flowers, and at the setting of the sun the bride and groom and their friends prostrated them-selves before that luminary and implored his blessing. Like the Iroquois, the civil power in their government was widely distributed; and, like the Iroquois, the Creeks were an exception, in their approach to civilization, to all the Indian tribes of North America. Such were the Creek (or Muscogee) Indians when first seen by Europeans. 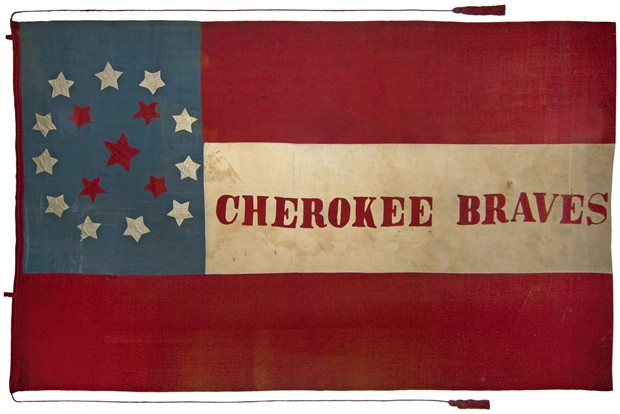 Declaration by the People of the Cherokee Nation of the Causes 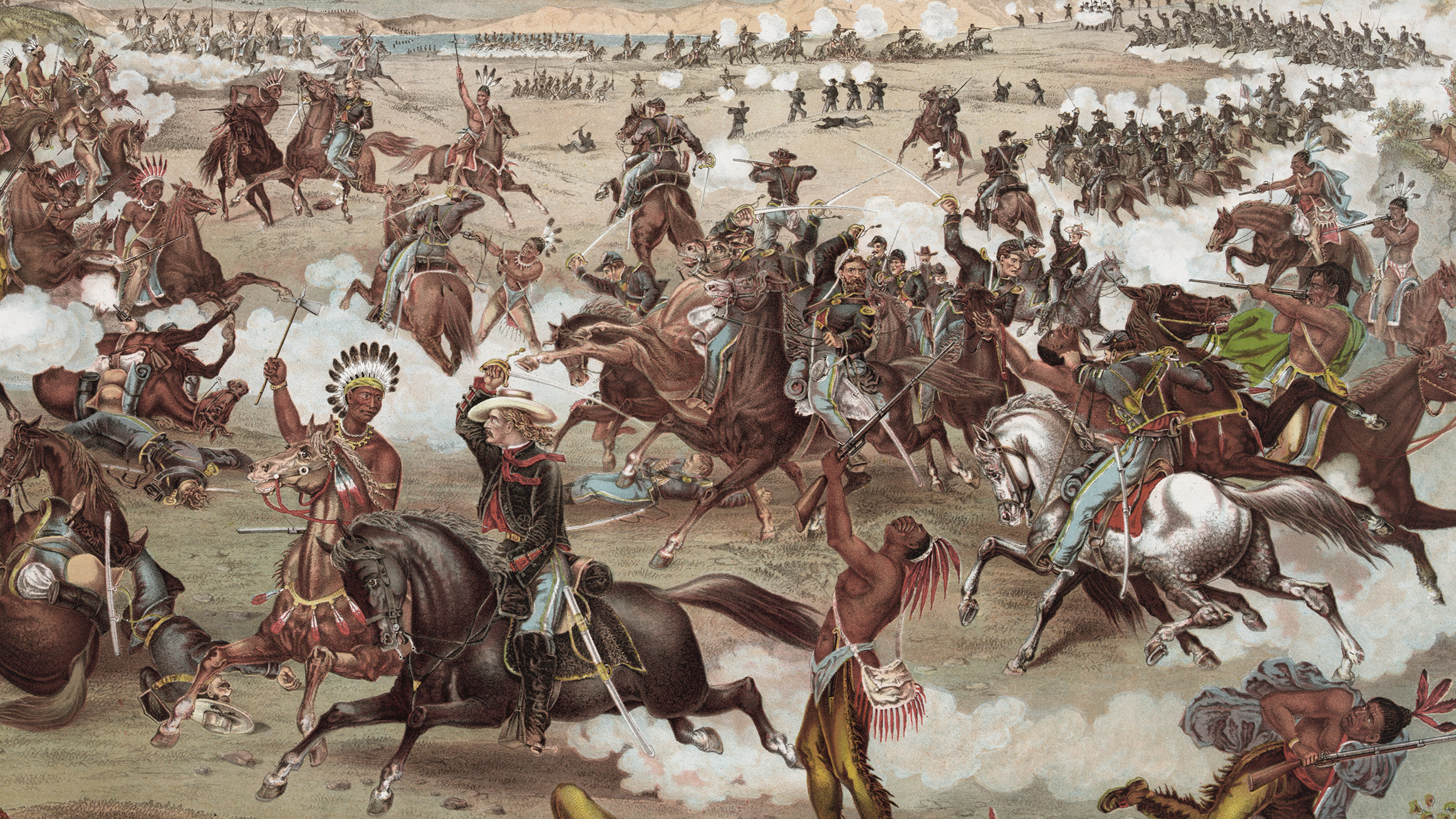 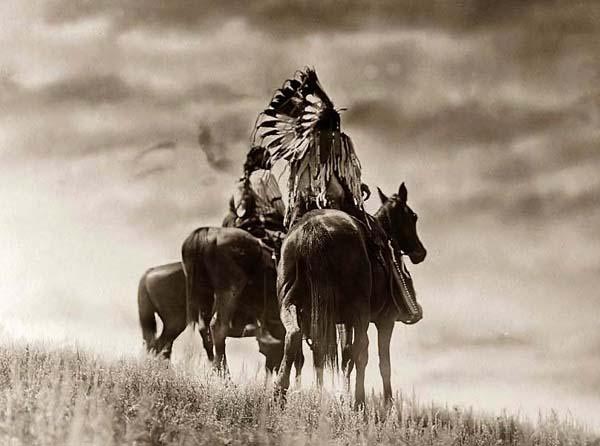