John Whiting owned and operated a book store in Lancaster, Massachusetts from 1794 to 1810 located on the busy stage coach route from Boston to Worcester and further points west, both locations of which can be seen on an 1831 map of Lancaster.  His interest in books themselves and his love of reading provided his education, and his book store inventory likely reflects his own interests and tastes, some of which may have been formed during his eight years of military service among literate and educated fellow officers.

As of 1810 Whiting’s book store had in inventory several thousands of volumes and an eclectic array of titles in English and French (possibly German) that offer a window on the art of reading in early 19th c. America in a rural but thriving town close to Worcester, 40 miles or so outside of Boston, Massachusetts and within range of New Hampshire.  Some books in John Whiting’s book store were published in Europe and others printed and published in America including those also locally printed for John Whiting by name. The inventory included books for children and adults, for leisure reading and self education, for school use and practical applications.

He purchased books from a variety of sources, including major publishers in Massachusetts such as Isaiah Thomas, Thomas & Andrews and  Boston publisher Manning and Loring. Early 19th c. American book stores also relied on sales of other items, and John Whiting carried stationery and blank notebooks, some of which John Whiting supplied under contract to the Massachusetts Legislature for the state militia as noted in their records.

John Whiting’s 1794 advertisement states that he carried books “on terms as good as those found in Boston” which implies an active knowledge of the wholesale and retail Boston book trade. The advertisement itself is proof of the 18th c. emergence of individual book stores in Massachusetts, where newspaper advertisements and proximity to transportation in rural inland towns, such as stage coach were essential for obtaining inventory, selling at wholesale and selling to readers.  John Whiting’s bookstore is a starting point for further research on this topic of rural imprints and rural book stores in 18th c. America, and in particular in rural Massachusetts.

John Whiting died in 1810. His 1811-1815 Probate Administration documents are a detailed set of research source documents on this topic. John Whiting’s probate contains several kinds of documents for analysis: a list of creditors, mostly business related, a list and appraisal of personal property and a book store inventory and appraisal listing all items connected with his book store. The probate appraisers often assigned abbreviated book titles to the books listed and some books are listed as “in sheets” with the number of copies.  We are left to make educated guesses about the actual titles and editions. I have found no records about who might have purchased, inherited or otherwise obtained any of John Whiting’s large estate, including his book store inventory of over 3,000 books.

Perhaps the most intriguing title on this inventory list is Washington Correspondence along with a Memory of Washington. For civic education, John Whiting’s book store carried the Voter’s Guide (for Massachusetts voters, including the state Constitution),  the  Natural and Civil History of Vermont, published with a map, (possibly by Isaiah Thomas and David Carlisle, Walpole, New Hampshire, 1794 first edition). “Three maps” but no titles are listed and an Elements of Geography. There are 49 copies of Constitutions (presumably contemporary editions), and 59 copies of Constitutions & Address possibly the school primer that contained George Washington’s address to the people of the United States in 1796 on his resolution to retire. The inventory is  heavily weighted with history books, both current American history and Goldsmith’s History of England , other European histories, military history, military biographies, a Memoirs of the Court of St. Petersburg. There is poetry, children’s school books, Latin books (for Lancaster’s Latin School perhaps) and children’s story books. There are books about a variety of religions including Hinduism and Islam, Watts Psalms, Pilgrim’s Progress and a small assortment on moral guidance.  There is a Dictionary of the Bible, and a Greek Testament, likely that published by Isaiah Thomas, and otherwise no Bibles. There are groundbreaking medical books, such as Morbid Anatomy and Parks Travels by surgeon Mungo Parks. In some cases, titles are of books that carried  John Whiting’s own local imprints.

John Whiting is primarily described in 19th c. Lancaster town histories and elsewhere as a “book binder” or retailer . Whiting’s probate inventory does list tools and materials for book binding that included alphabets, type boxes, brass type, calf and morocco remnants and sheepskins for binding and 24 bundles of wood scabbard, a uniquely American binding technique.  Indeed bookbinding was performed. But Henry Nourse, the 19th c. historian and scholar who specialized in the history of Lancaster, Massachusetts and its residents, offers scant information about John Whiting and his book store, reporting only that John Whiting had a retailer’s license from 1787 to 1793. This absence of contemporary commentary or 19th century recognition of the nature of his book business suggests that some bias influenced these authors to ignore Whiting’s sophisticated book store offerings. Perhaps it was Whiting’s politics.

As a late 18th c. rural Massachusetts book seller, John Whiting was an innovator, introducing to Lancaster ideas and goods from a wider world. The books in his inventory were local, domestic and imported. John Whiting appears to have participated in the early network of printers and publishers, book dealers and book sellers. There is more to learn from research with original sources, such as ledgers and correspondence that could provide connections between John Whiting and his book store in Lancaster with others in this world of 18th c. and early 19th c. book publishing and reading. John Whiting (1760-1810) may not be a household name but he deserves to be.

The Constitutions of the Several Independent States of America

The stature of this rare copy of the 1781 Constitutions of the Several Independent States of America, the first edition of America’s founding documents published together is matched by the full arc of John Whiting’s fifty year life, from age fifteen as a Minuteman at Concord and Lexington to age 50 as U.S. Army Lieut. Col. in his final service to his country at Washington, D.C. American patriot John Whiting’s life encompasses the entire American Revolution, from the battles at Lexington to the Peace Treaty of 1783 at Paris memorializing the terms of America’s peace with the King of Great Britain, the ratification of the U.S. Constitution in 1789, followed by George Washington becoming the first President of the United States. Together this 1781 first edition of the book which John Whiting may have read while serving at General Washington’s headquarters and John Whiting’s life story enrich our understanding of this formative time in America’s political, military and book publishing history.

The 1781 first American edition of The Constitutions of the Several Independent States, small in scale but immeasurable in its impact on late 18th century political thought, established in print what the American Revolution had established in fact: the presence of a new country founded on democratic principles and the rule of law. The Constitutions of the Several Independent States of America ,1781, first American edition, expresses for the first time in one American book the legal framework of a uniquely American political philosophy that a citizen has certain constitutionally protected unalienable rights and that the rule of law and democracy go hand in hand. This book marks the beginning of the yet unfinished American Revolution.

The officers of the American Army, having generally been taken from the Citizens of America, possess high veneration for the character of that illustrious Roman, Lucius Quintius Cincinnatus, and being resolved to follow his example, by returning to their citizenship, they think they may, with propriety, denominate themselves the Society of the Cincinnati.” This organization was formed by 35 American and French military officers who served together in the Continental Army, primarily of the highest rank, including Friedrich Baron Von Steuben and Gen. Henry Knox, himself a well known Boston book store owner.  George Washington’s signature is at the head of the Institution. John Whiting was one of only two lieutenants who signed the Society’s founding Institution.

Massachusetts Spy June 26, 1794
Bryant may be Reuben Bryant, a family name in Lancaster and as of August 5, 1794 a Concord, Massachusetts book store owner who may have left Whiting to start his own book store. See, Columbian Sentinel, Aug. 5, 1794 advertisement for “Concord Book-Store.” One source states that Bryant married a Danforth of Billerica, and she may have been related to John Whiting’s wife.

Henry Whiting explains in the introduction to his book that the book does not include all of John Whiting’s Orders, as some documents were posthumously lost. One such missing set of orders does exist, John Whiting manuscript orderly book in the collection of the Division of Rare and Manuscript Collections, Cornell University Library.Archives 4600 Bd. Ms. 24, John Whiting Orderly Book. Catalog summary: Manuscript containing general and garrison orders, beginning at Totowa, New Jersey, Nov. 22, 1780, and ending at West Point, Feb. 16, 1781. See bibliography for full catalog notes. These dates overlap Henry Whiting’s examples.

Washington’s General Orders, 22 August, 1780, John Whiting appointed Adjutant to the Massachusetts 12th Regiment from Quartermaster. https://founders.archives.gov/documents/Washington/99-01-02-03009.  A month later,Whiting writes a detailed letter to his brother Timothy dated September 28, 1780 dateline Camp Orangetown (N.Y.) about Benedict Arnold’s affairs, his treason and the plot to take West Point at a level of detail perhaps attributable to Whiting’s new status as Adjutant and record keeper of official information. See, Proceedings of the Mass. Historical Society, 1891-1892, pp.450-454 where the letter is transcribed in full. 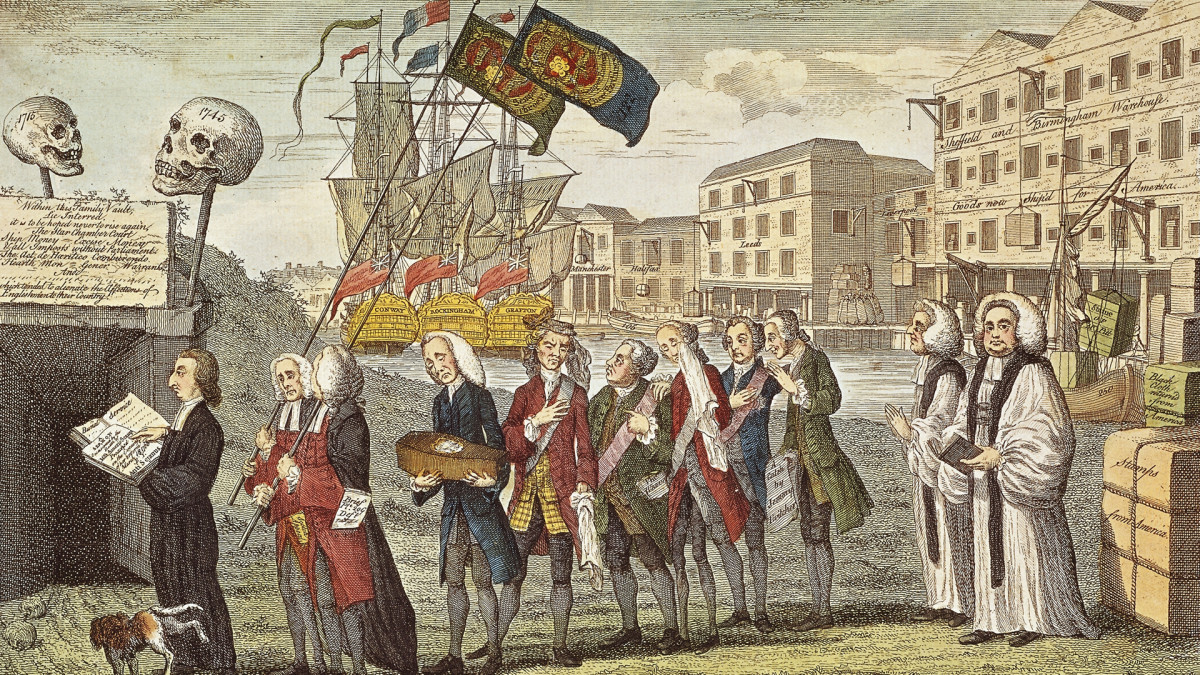 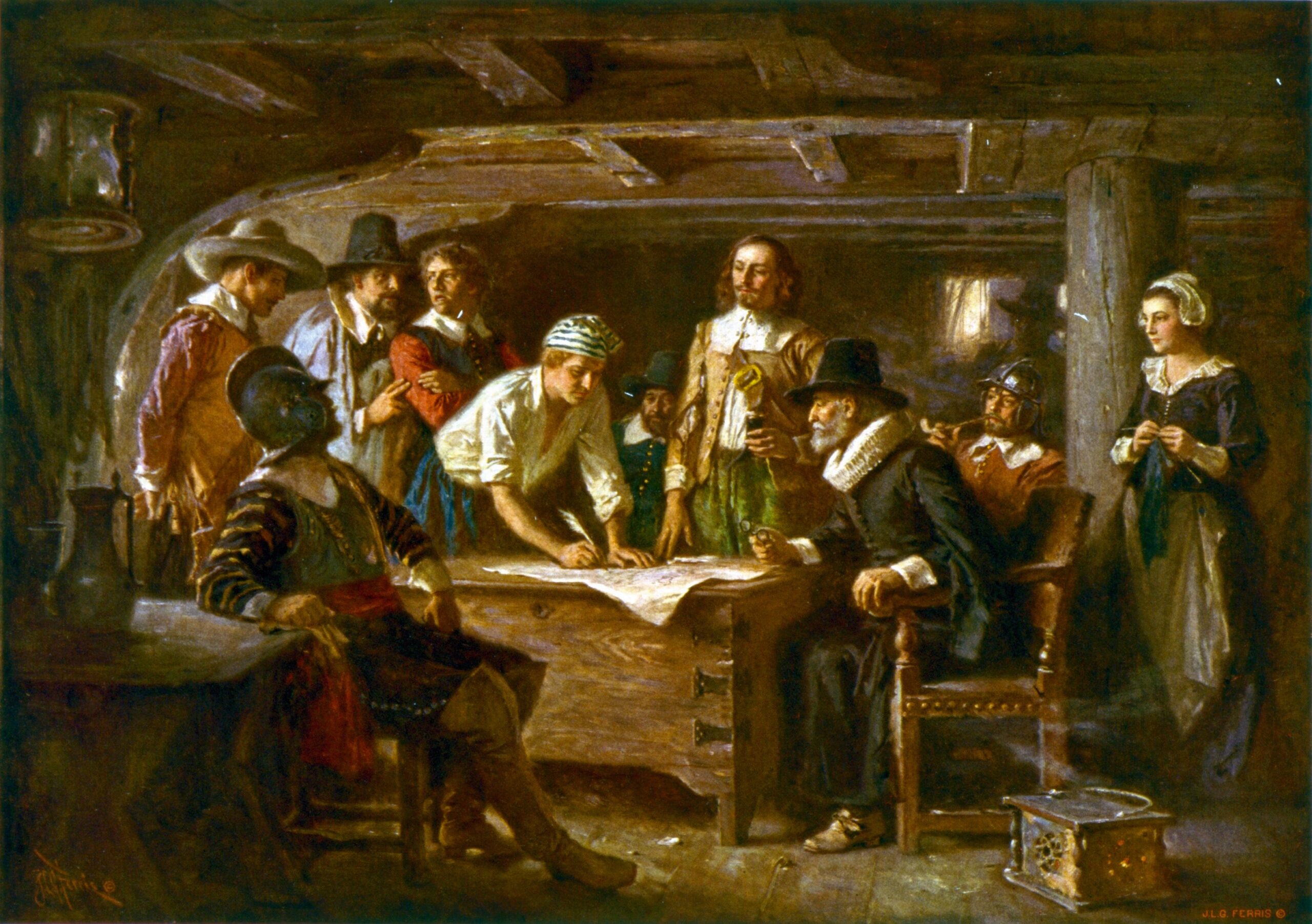 Signing of the Mayflower Compact 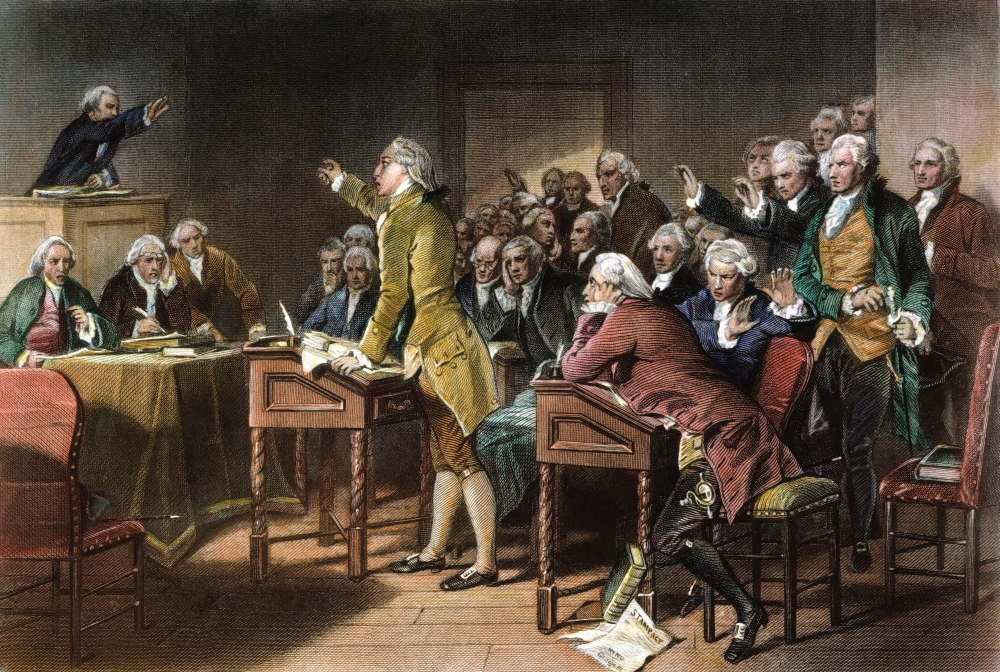 The Coercive (Intolerable) Acts of 1774