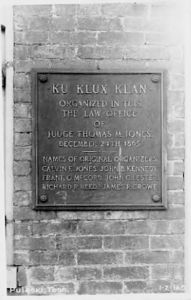 God knows the misinformation, misunderstanding, and confusion labeled “history” is legion. It’s sickening, and sad, PARTICULARLY among “our own”. How can I say this? I’ll just be blunt… GENERAL FORREST DID NOT ORGANIZE AND FOUND THE KUKLUX!!!
But IF he had it would have been the right thing to do!

That’s because he had NOTHING to do with it! While he may or may not have been involved, at some point, Forrest did N-O-T found it, and there was Z-E-R-O KuKlux activity in Memphis. Some say he was involved, and some say he wasn’t. He testified he wasn’t and Congress found ZERO proof. TRUST ME, had there been any proof they would have hung him. They would have!

The Ku Klux was formed to rid the South of the interloping, carpetbagging filth, and dirty scalawags-which my people called “home Yankees”.

What passes for history, most of the time is nothing more than lies repeated over 150-plus years and published. No one ever does any research on original documents (aka primary sources). Case in point would be the lie that General Forrest founded the KuKluxKlan. Which he did NOT do. Six men from Pulaski, TN did. Furthermore, the General was exonerated by Congress in 1871 of having anything to do with it. While he may or may not have been involved at some point the hell of Reconstruction gave rise to it, and the General did not found it. There was then, and is now, NO proof of him ever being involved with it. Period.  Ignorance is easy, the truth requires effort.

An 1871 United States Congressional Investigation completely exonerates Forrest and it was determined in the investigation that Forrest was not a leader of the KKK nor had ever been a leader, and additionally, that he was not even a member of the Klan.

Congressional records show that Gen. Forrest was absolved of all complicity in the founding or operation of the Ku Klux Klan, and he was certainly never a “Grand Wizard”. These committees had the utmost evidence and living witnesses at their disposal. The evidence precluded any Guilt or indictment of Gen. Forrest and the matter was closed before that body of final judgment in 1872. New York Times newspaper. Library of Congress

Among the many questions that day, one that should speak volumes today
Answer. It has been said I organized it; that I started it.
Question. Is that so?
Answer. No, sir; it is not.”

The full report can be found …
The reports of Committees, House of Representatives, second session, forty-second congress,” P. 7-449.
TESTIMONY-CONDITION OF AFFAIRS IN THE SOUTHERN
STATES- WASHINGTON DC JUNE 24, 1871(Finalized 1872) see below
PUBLISHED BY THE UNITED STATES
CONGRESSIONAL PRINTING OFFICE

Clearly,
The Greatest Stain on an Honorable Memory of General Forrest is calling him what he is not or associating him with a group that he was not involved with
Placing on trial, when he was already found not guilty of
Even to the point of today, desecrating his grave in the form of political correctness

Many who are working to preserve Southern Heritage are fighting hard against such lies that swirl around one who could not be beaten on the battlefield but only by poison ink of the Northern Bookmakers Hand.

A rightful Memory is all he wanted, he fought hard for throughout his life, he should not have been still fighting from his grave today. 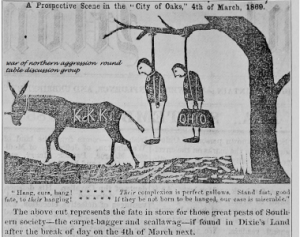