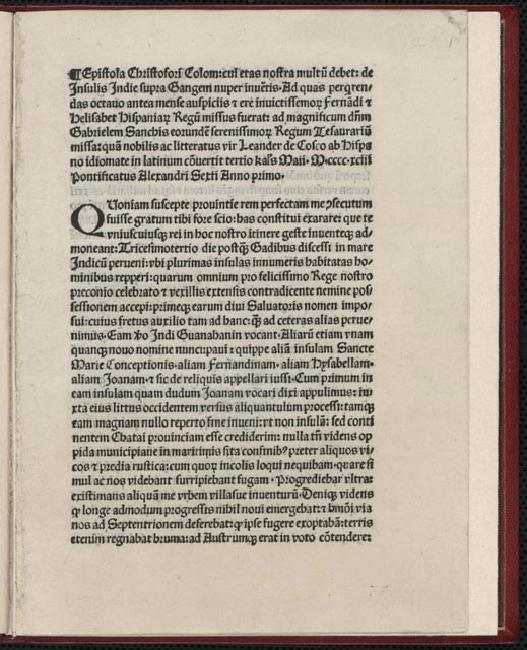 Credit: Library of Congress
Media type: print
Museum Number:
Annotation: After his first transatlantic voyage, Christopher Columbus sent an account of his encounters in the Americas to King Ferdinand and Queen Isabella of Spain. Several copies of his manuscript were made for court officials, and a transcription was published in April 1493. This Latin translation by Leandro de Cosco, based on a more accurate transcription of Columbus’s manuscript, was published the same year. In reporting on his trip to his sovereigns, Columbus wrote with great enthusiasm and conviction, as the following passage illustrates:
Year: 1492