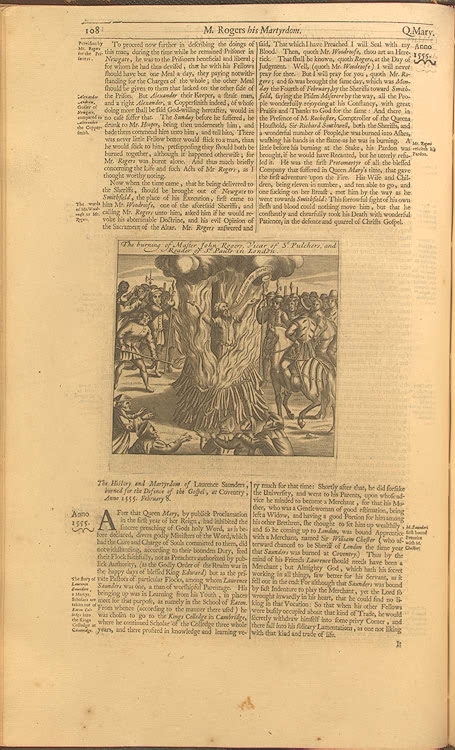 Credit: Library of Congress
Media type: engraving
Museum Number:
Annotation: John Rogers (1500-1555)was a Catholic priest who converted to Protestantism in the 1530s under the influence of William Tyndale and assisted in the publication of Tyndale’s English translations of the Bible. John was burned alive at Smithfield on February 4, 1555, and he became the “first Protestant martyr” executed by England’s Catholic Queen Mary. He was charged with heresy due to the fact that he denied the real presence of Christ in the sacrament of communion.
Year: 1684