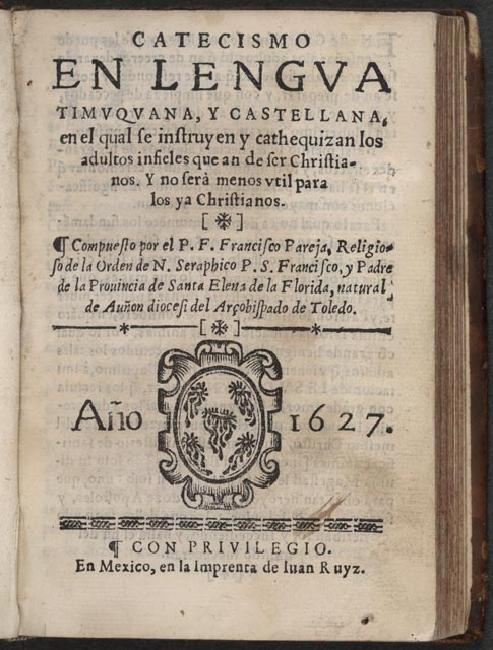 Credit: Library of Congress
Media type: book-image
Museum Number:
Annotation: This rare and important text is one of the earliest known artifacts in any Indian language from what is now the United States. Francisco Pareja came to Florida in 1595 and worked among the native peoples for thirty-one years, particularly among the Timucuan peoples. The systematic destruction of Timucuan culture by the Spaniards makes even catechisms like this one precious legacies of a world otherwise lost. No other copies of this edition are known to exist. Father Pareja’s writings preserve almost all that is known about the Timucuan language and customs. -from the Library of Congress
Year: 1627 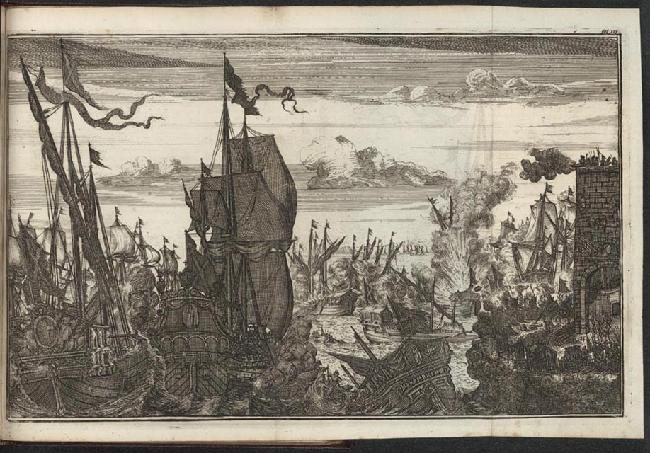