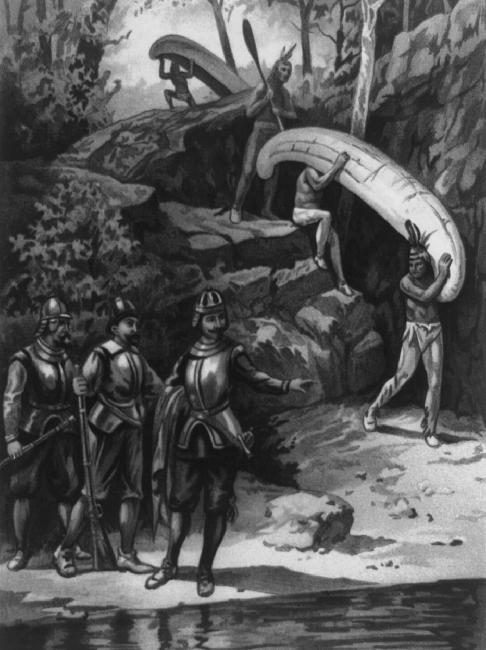 Credit: Library of Congress
Media type: engraving
Museum Number: LC-USZ62-3019
Annotation: This print shows Samuel de Champlain and two companions looking at a river as Indians carry the canoes to the shore. Born in the small Atlantic port of Brouage around 1580 to a Protestant family (although he became a Catholic), Samuel de Champlain fought in Henri IV’s army from 1595 to 1598, then navigated for two years in the Caribbean Sea. In 1603 he took part in the commercial and reconnaissance expedition led by François Gravé du Pont (b. 1554?), who took him to Tadoussac, then to Hochelaga (the site of Montreal). In 1608, he founded a trading post at Quebec. Until his death in 1635, Champlain made multiple round trips from one Atlantic coast to another and opened New France to development. Interested above all in the knowledge and mastery of the land, he ascended the Ottawa River to Georgian Bay and formed solid alliances with the Montagnais, the Algonquins, and especially the Hurons with whom, on three occasions, he followed into war against the Iroquois.Along with the Jesuits, he became more and more preoccupied with converting and assimilating the Indians–promoting cohabitation and intermarriage to create a “unique people.” -from The Library of Congress
Year: 1893 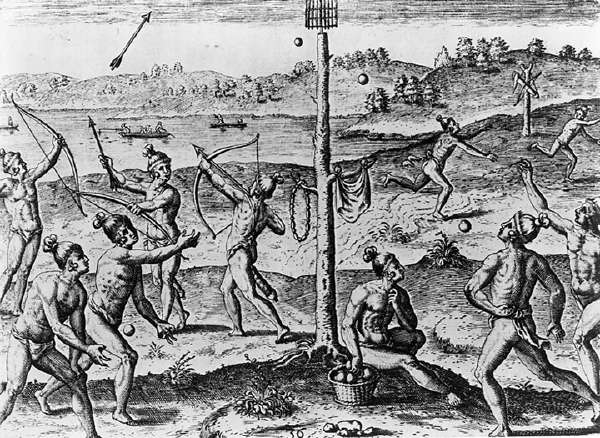 Exercises of the Youths 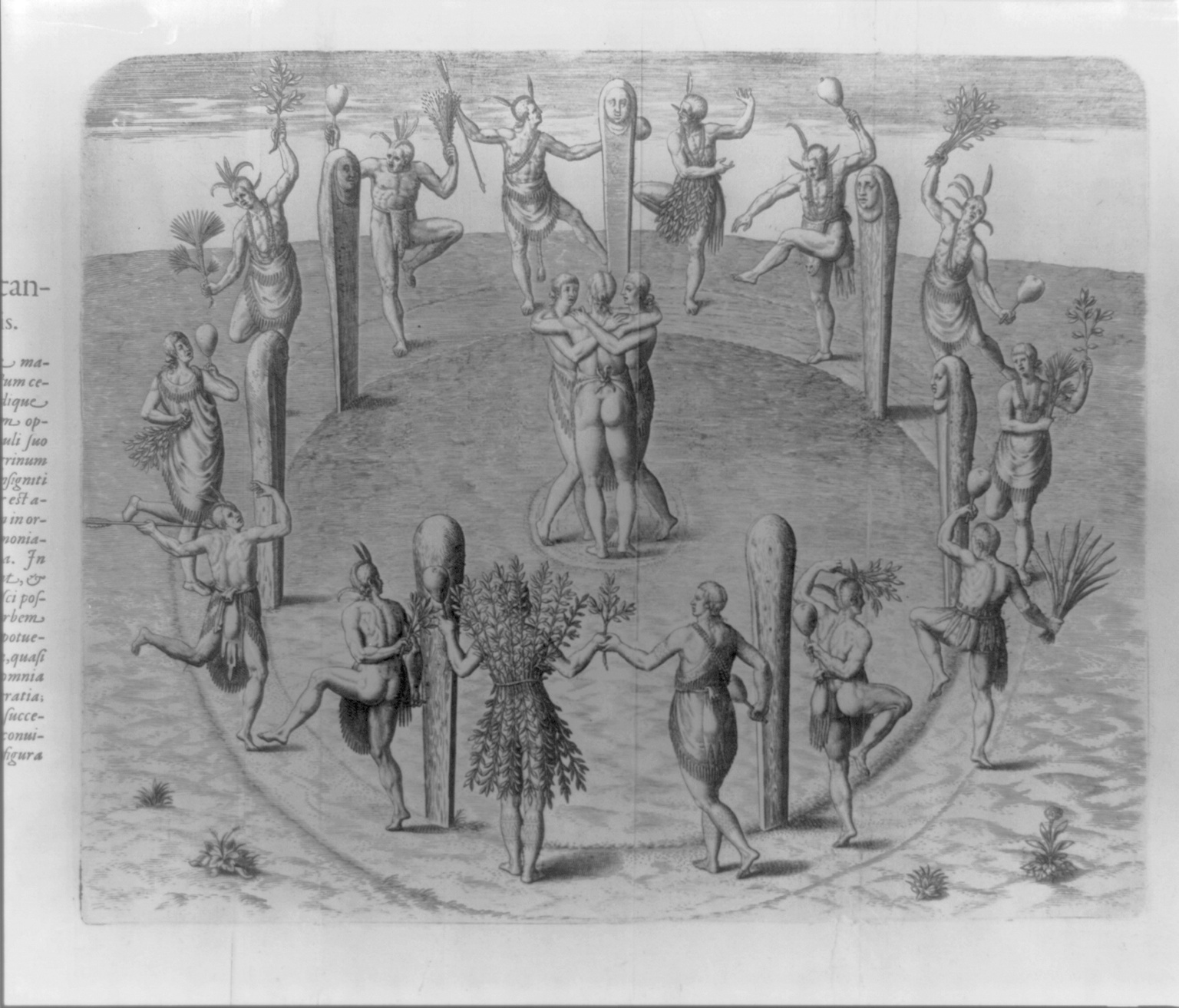 The Dances at their Great Feasts 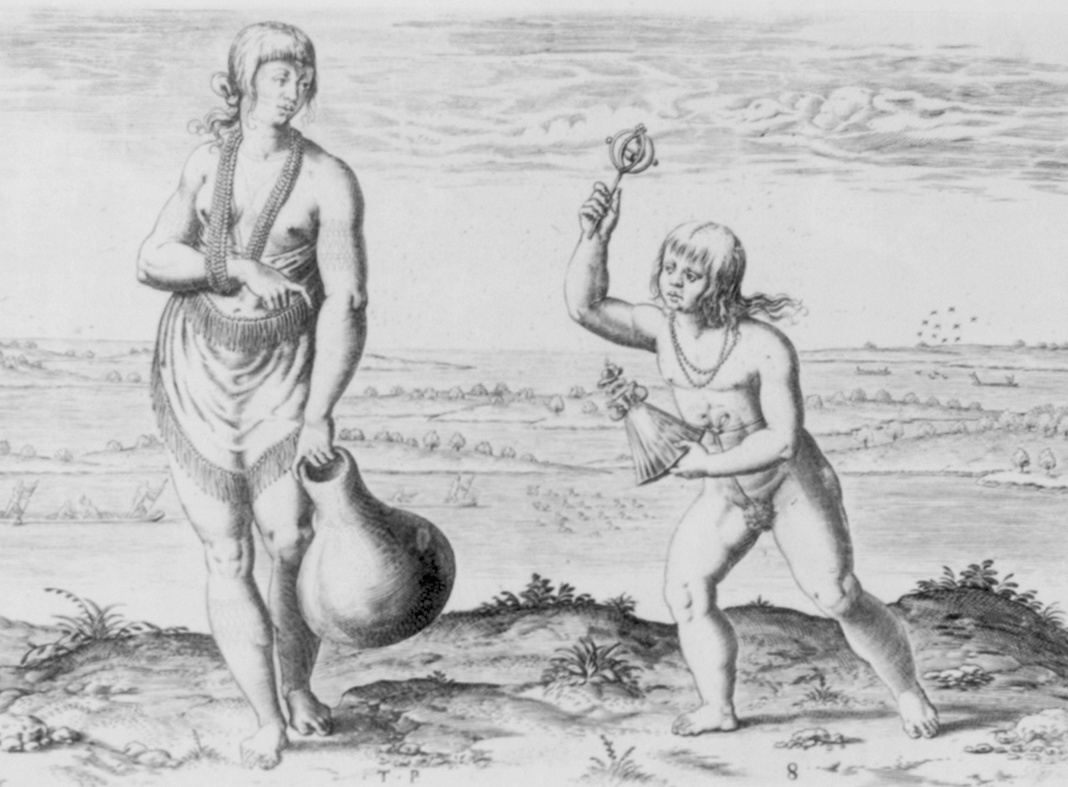 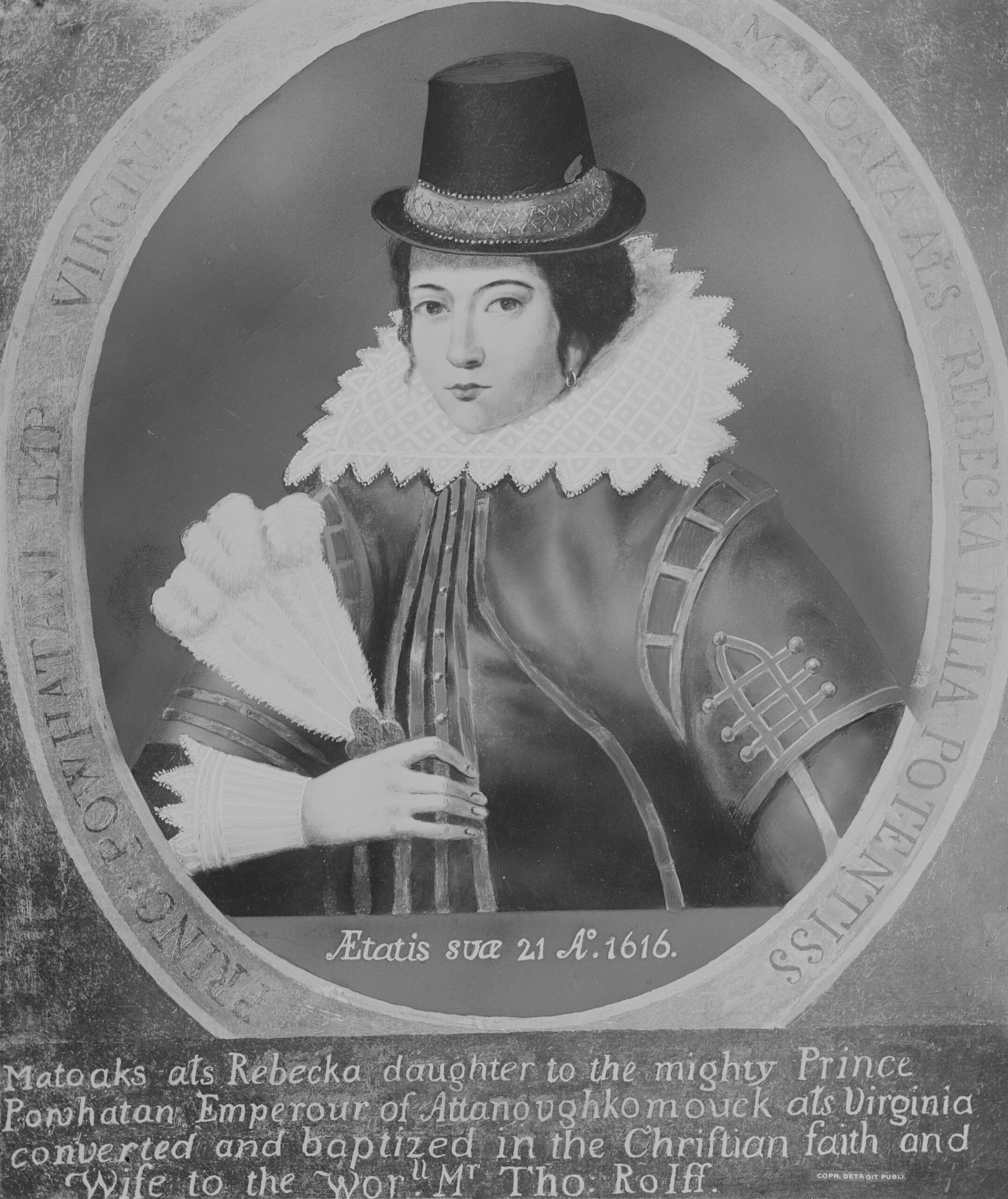