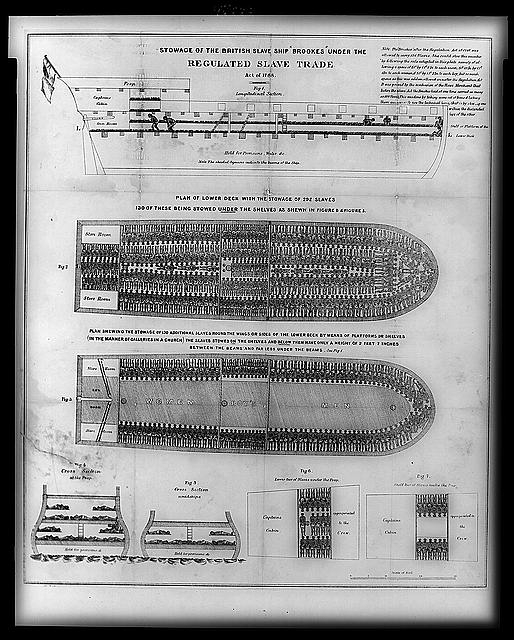 Credit: Library of Congress
Media type: engraving
Museum Number: LC-USZ62-44000
Annotation: Note: The “Brookes” after the Regulation Act of 1788, was allowed to carry 454 Slaves, She could stow this number by following the rule adopted in this plate. Namely of allowing a space of 6 ft. by 1 ft. 4 in. to each man; 5 ft. 10 in. by 1 ft. 4 in. to each woman, & 5 ft. by 1 ft. 2 in. to each boy, but so much space as this was seldom allowed even after the Regulation Act. It was proved by the confession of the Slave Merchant that before the above Act the Brookes had at one time carried as many as 609 Slaves. This was done by taking some out of Irons & locking them spoonwise (to use the technical term) that is by stowing one within the distended legs of the other. Figure 1: Longitudinal Section. Fig. 2: Plan of lower deck with the stowage of 292 slaves, 130 of these being stowed under the shelves as shewn in figure B & Figure 3. Fig. 3: Plan shewing the stowage of 130 additional slaves round the wings or sides of the lower deck by means of platforms or shelves (in the manner of galleries in a church) the slaves stowed on the shelves and below them have only a height of 2 feet 7 inches between the beams and far less under the beams. See fig. 1. Fig. 4: Cross section at the poop. Fig. 5: Cross section amidships. Fig. 6 Lower tier of slaves under the poop. Fig. 7: Shelf tier of slaves under the poop. -From the Navy Department Library, 31 August 2005.
Year: 1788 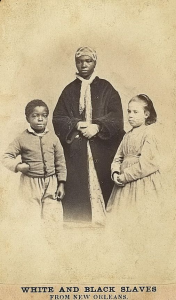 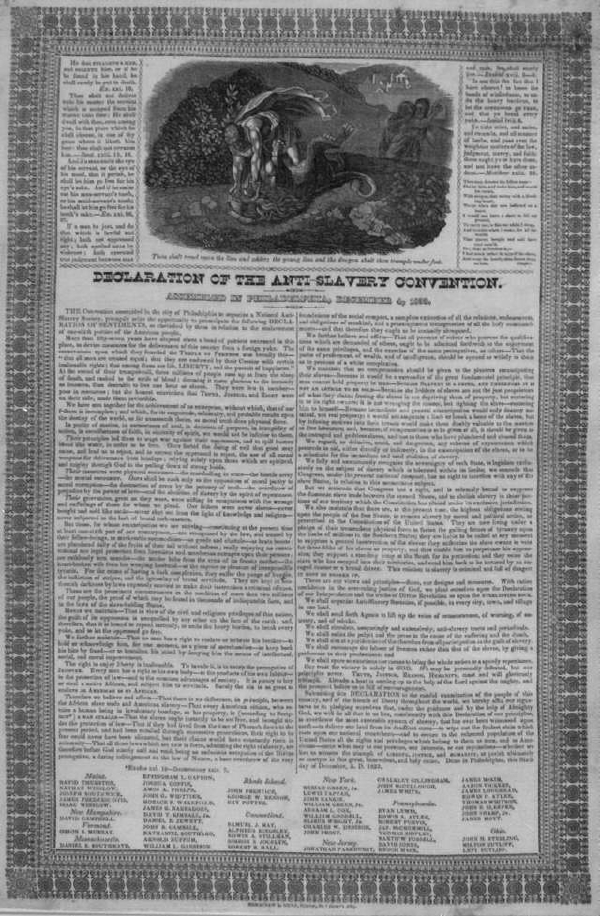 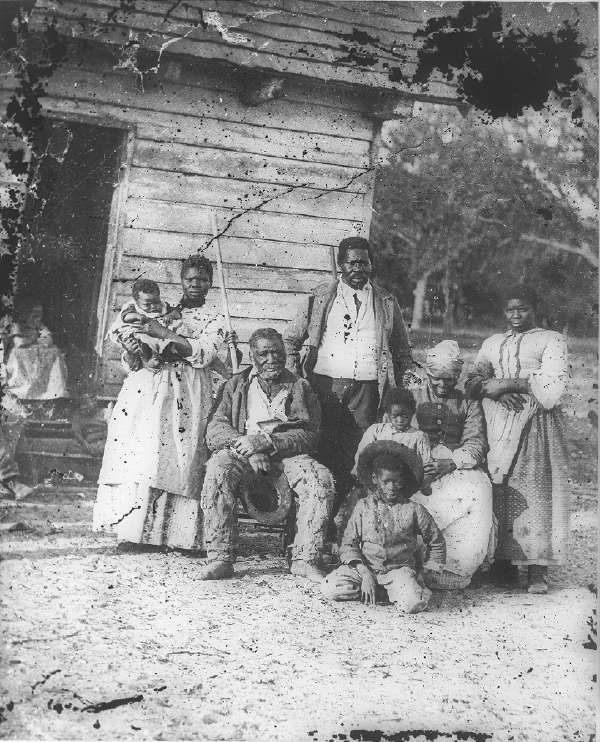