My situation as I write is rather a pleasant one. We are sailing down the Potomac river from Washington intending to land at Chaplain Point about 60 miles from Washington on the Maryland side. We are in search of J. Wilkes Booth the Murderer of our Dear President. We mean to scout three counties in search of him If we get him I fear we will not be able to get him to Washington alive. We have been stationed in Washington since the buriel of the President. Our Quarters were at Mrs. Carpenters boarding house on Penna Avenue while our men were in Barracks beside the Capitol  I tell you this is rather rich soldiering to have Hd. Qr. on Penna Avenue.

We return there when this scout is over. I think we will stay there this summer. Don’t you think we must have a popular Reg’ when they sent for us the only Reg’ from the Army of the James to attend the Funeral of the President. Secretary Stanton sent for us I believe and he has sent us on this raid he has great confidence in this Reg’ And I tell you he might well have   They are Penna Colored men and you can trust them any where and for any thing they can not be bribed. Our Reg’ will be likely to stay in the service. Now is Wills chance as I wrote. While I write the Officers are singing all kinds of songs around and in high glee.

the burriel of the President was one of the most impressing sight I ever witnessed. Delligations from all the Principal Cities and every thing in the grandest order. Our Reg’ led the Procession. I commanded the second company. I suppose we marched apass one hundred thousand people passing up Penna Avenue The Presidents Body was placed under the dome of the Capitol and the day following the funeral he lay in State for the purpose of permitting all the American people who desired to see him to do so. Hundreds of thousands came and passed through to see him  I never wept so much over the death of any person as his. O’ to think that great, good, and honest man to be murdered so. Mankind has lost its best friend since the crusifiction of Christ. I do think there never has been  such greatness and such honesty combined in one man  His life was gentle and the elements were so mixed up in him that nature might stand & say to all the world this was a man.”

It has caused the hearts of those who sensured him so harshly to smite them I have had men to me since who had before denounced him as a corrupt man that they felt so miserable since his assassination that they could neither sleep nor eat and were satisfied that he was a pure honest and good man. He is the greatest man I think that ever lived. I sent several papers home I sent a bundle by express. I have never heard whether you received the hundred dollars or not I sent. I am well I want to know whether Will is thinking of doing what I wrote him or not.

My respects to all the family

Write soon I have no more time to write 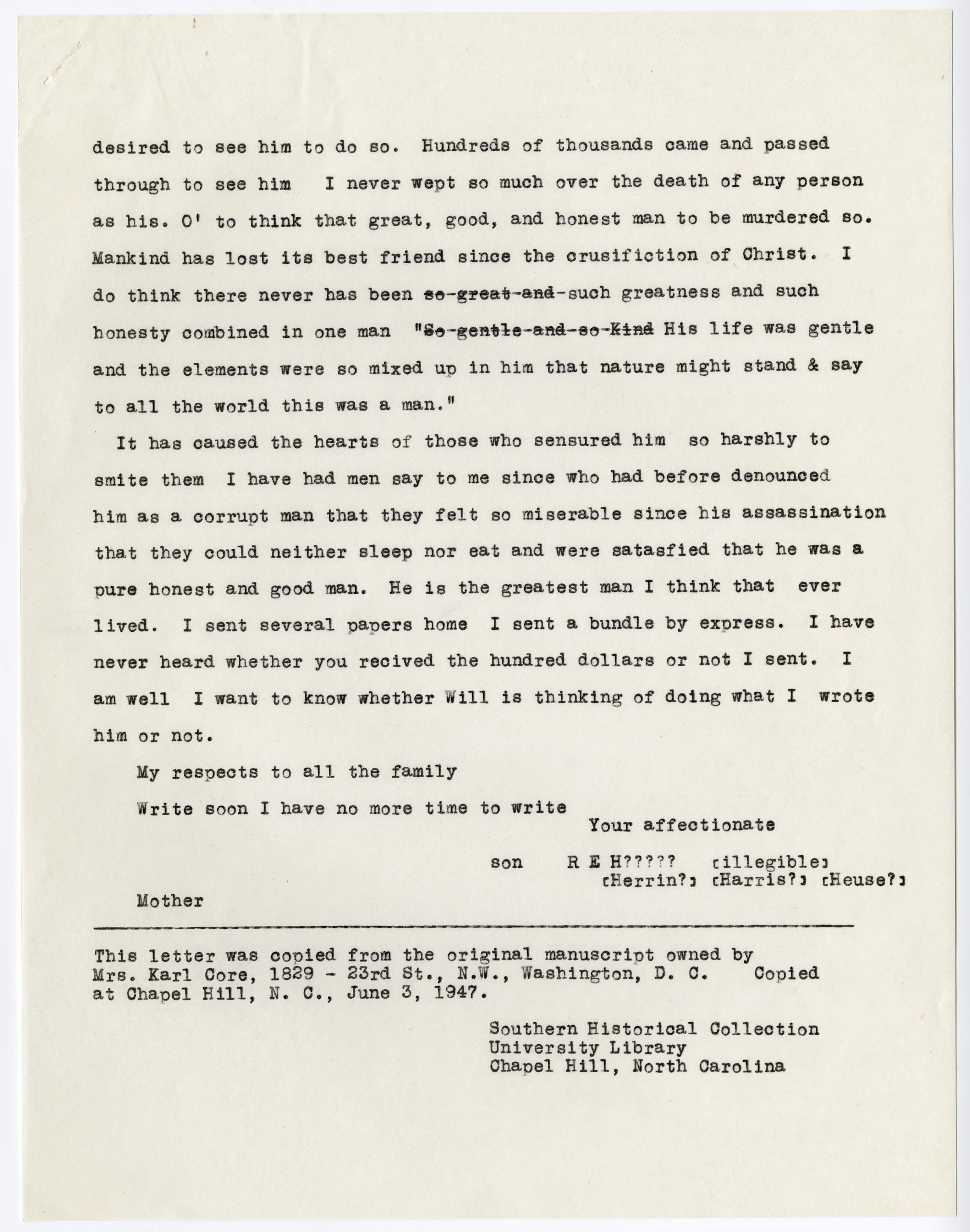 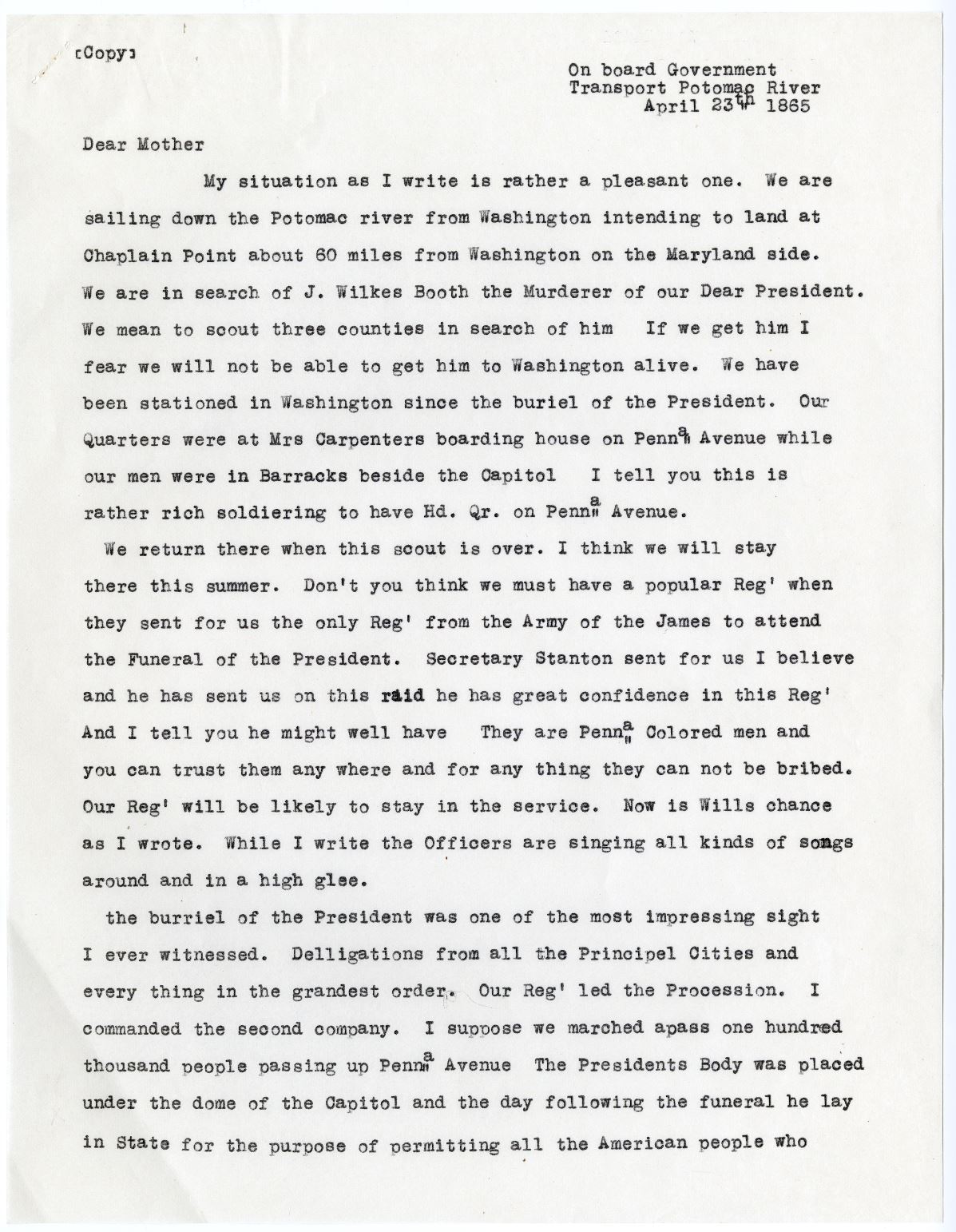 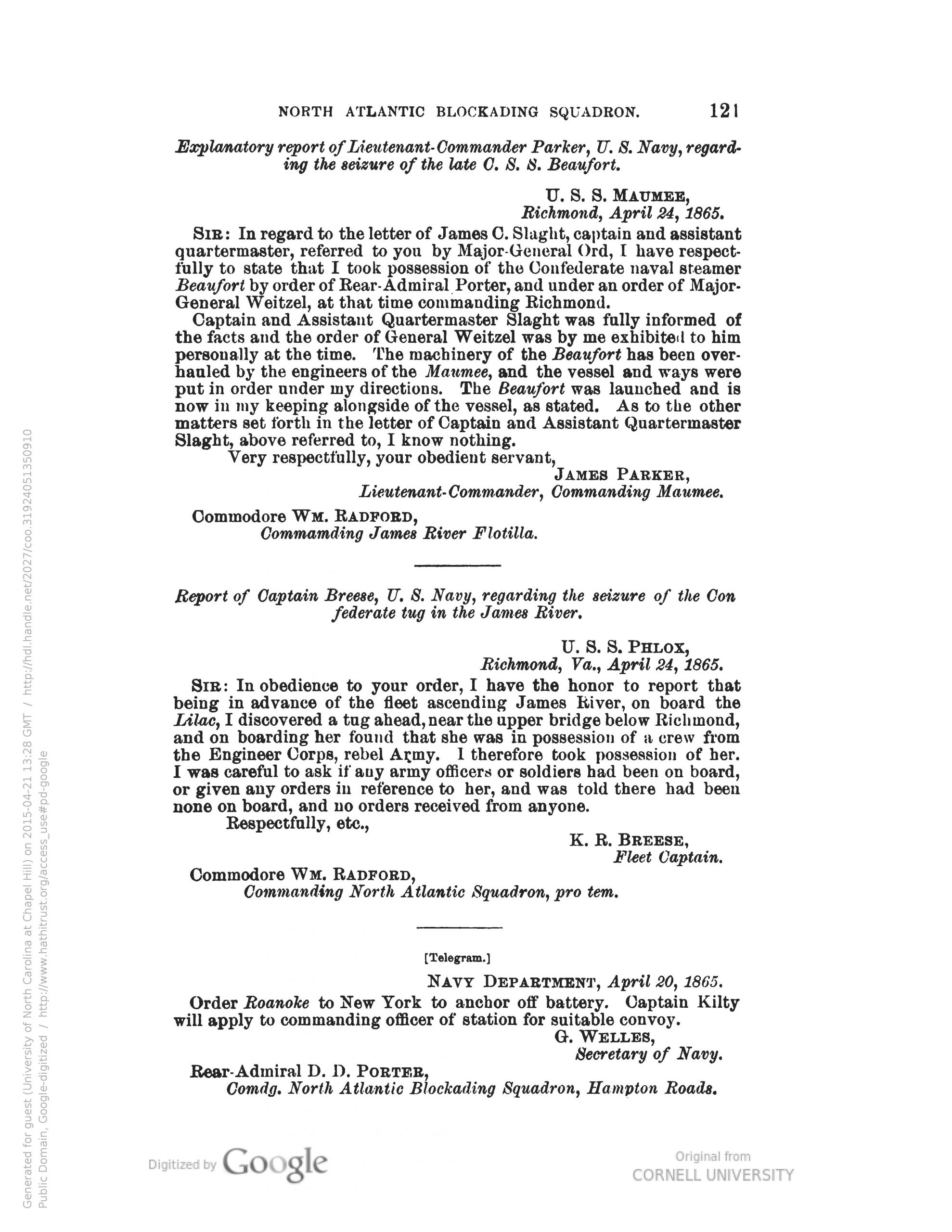 U.S Navy regarding the seizure of the C.S.S. Beauford by the U.S.S. Maumee 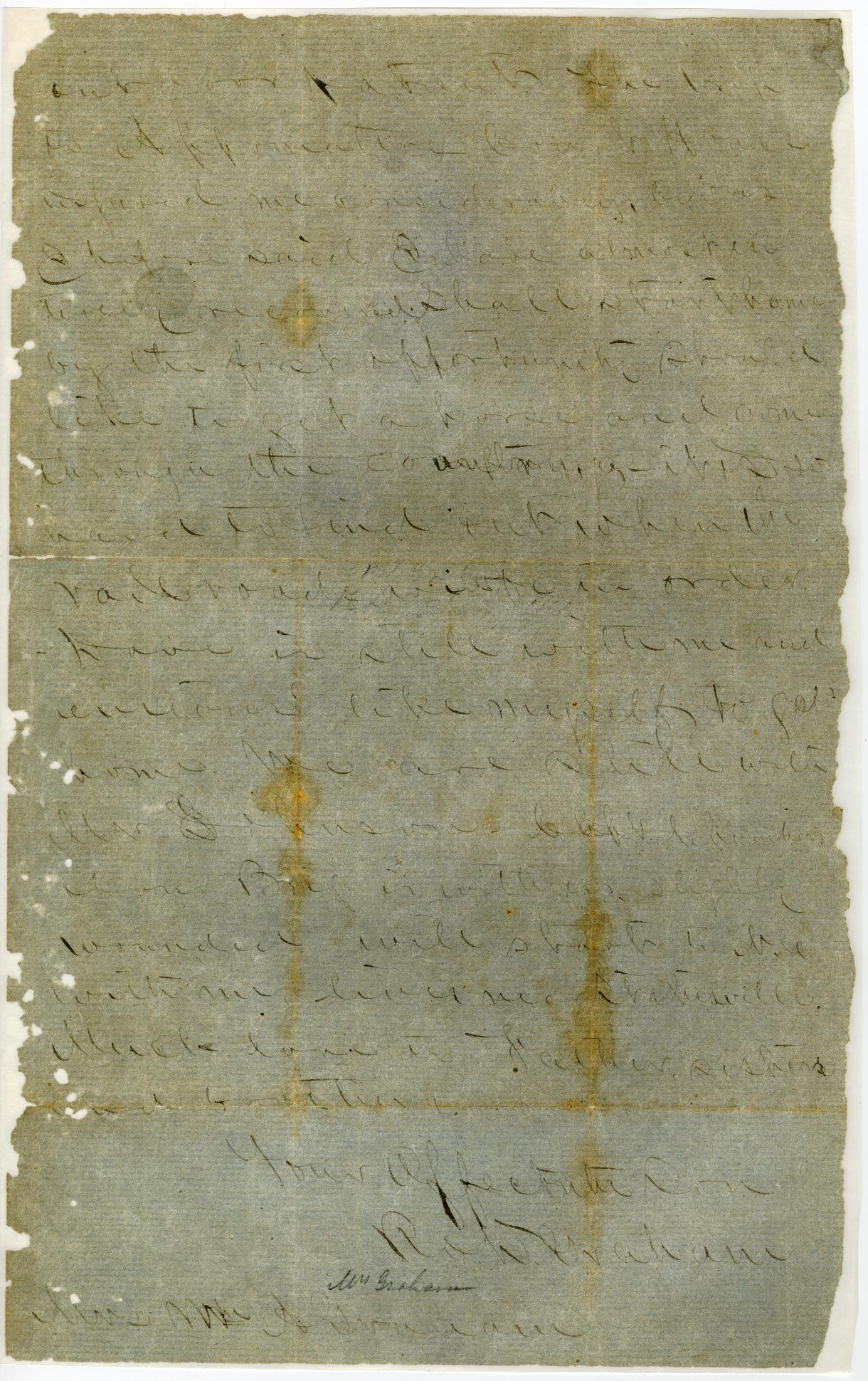