For Baum, the campaign ended at the Battle of Bennington, on August 16, 1777. Arriving in Canada with the Brunswick army in the winter of 1776, Burgoyne detailed Baum with around 600 Brunswickers, British, and Indians from Fort Edward to try to collect provisions, horses, and Loyalist reinforcements for Burgoyne’s main force for the march south toward Albany. However, nearly 2,000 rebels; consisting of New Hampshire forces under John Stark and the renmants of Seth Warner’s Green Mountain Boys following the costly Battle of Hubbardton; were arrayed against Baum’s men. Also among Stark’s forces were Massachusetts men under Reverend Thomas Allen, leading a contingent of Pittsfield militia. Allen, who had been outraged at the surrender of Fort Ticonderoga to Burgoyne at the beginning of July, complained to Stark that if his men did not get to fight at Bennington they would never answer another call to arms.

Although Baum had served in several engagements in Europe during the Seven Years’ War, he had little battlefield command experience. In contrast, his adversary Stark had served with Robert Rogers’ Rangers, including the Battle of Ticonderoga; and he had distinguished himself as an American leader at Bunker Hill, Trenton, and Princeton.

Baum’s lack of experience showed at Bennington, where he encamped his forces in such a way that they were separated and unable to communicate easily with each other. Communications were also hampered in some degree by Baum’s own inability to speak English.

Baum had been assigned a loyalist from the nearby region to guide his forces and attest to the character of any indigenous people encountered along the way. 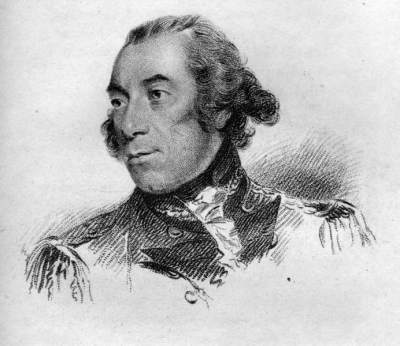